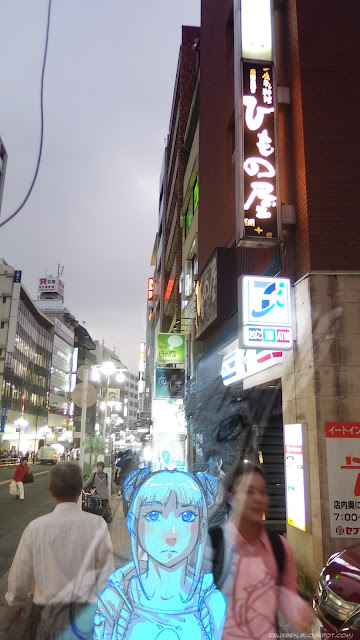 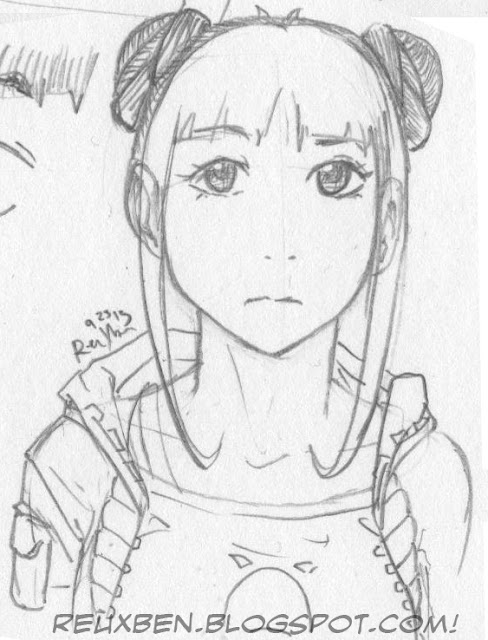 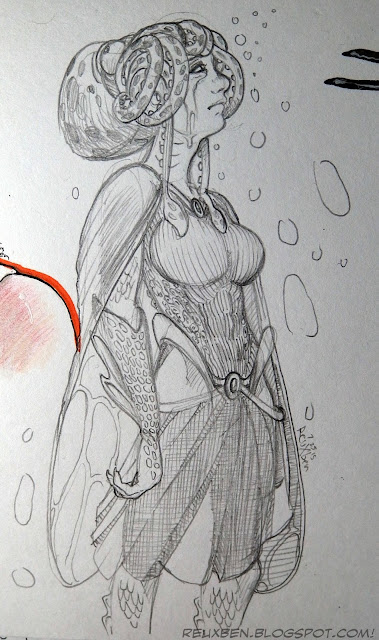 This was my first try drawing a merfolk, but none of that Ariel stuff. 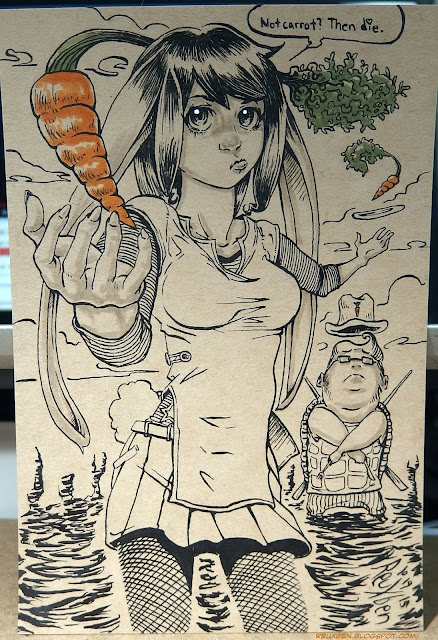 A rabbit-based character for Inktober '15, inspired by the moonfolk design from Kamigawa.

Hun's violent about carrots, her weapon, dish, and treat of choice.

Season with some charming Gruul flavor. 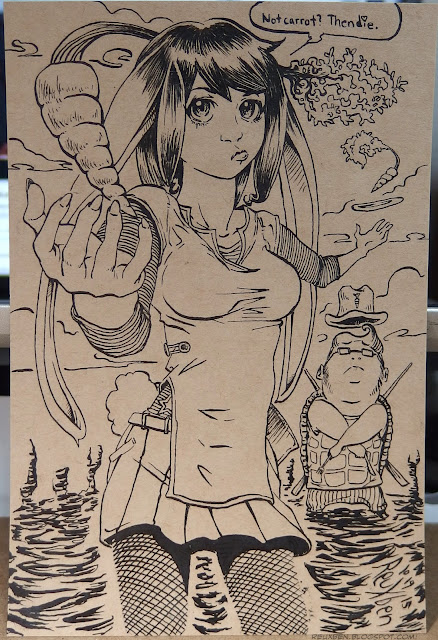 But it's her show.

She is the moon. 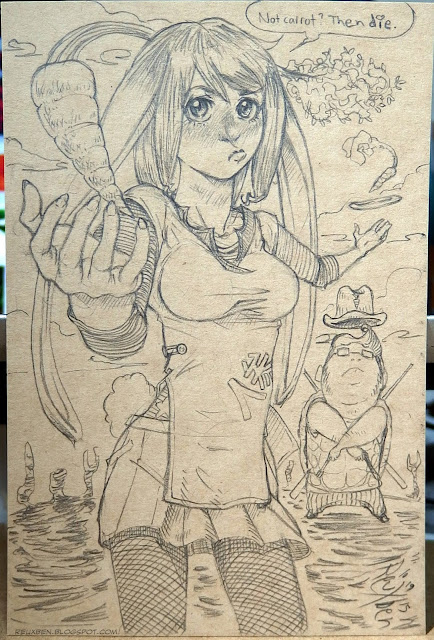 Carrot desperado Hun ready to throw down. Big Rick has her back. 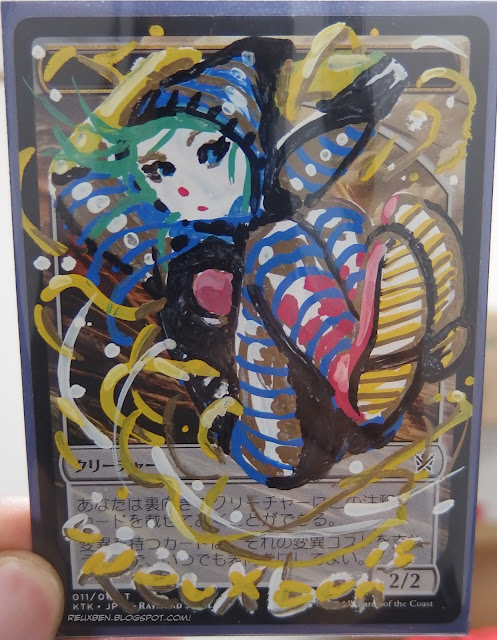 One of my first "alters" was a study on a morph overlay, though the costuming and design are mine.

Just seeing what these super chunky markers can do...they're not terribly easy to use, but I did find a nicer brand since. 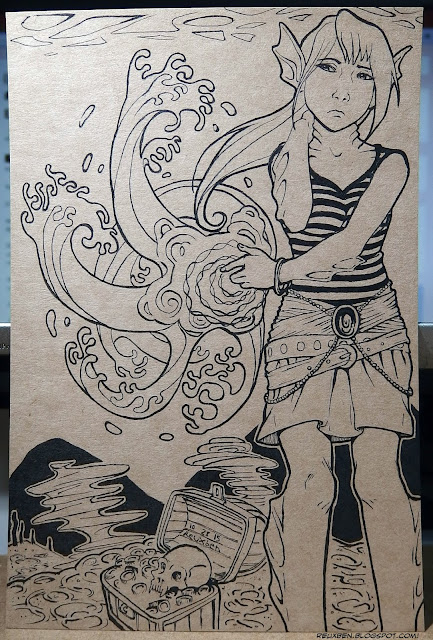 My favorite pattern, stripes, on an unfamiliar subject, merfolk, for Inktober '15.

Also more Great Wave riffing here in the water-power effect thing. This is more my speed, when it's considerably subtler than a sledgehammer.

As for not my speed, the dueling background here has full detail at front and then becomes suggested as you go back. I'm trying to get more comfortable with using large chunks of black, but losing detail is tough. 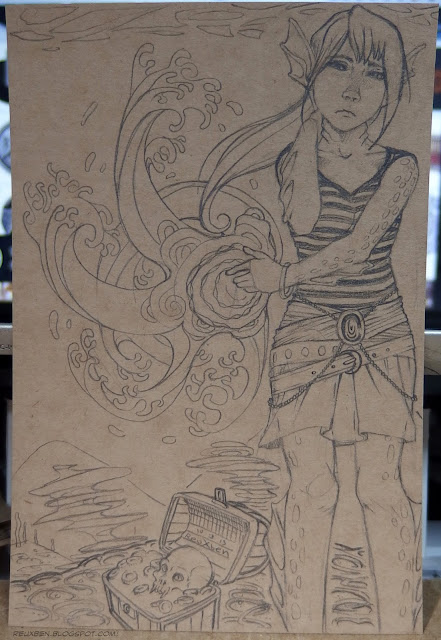 I wanted to try drawing something merfolk-themed for Inktober '15, but be unconventional about it. 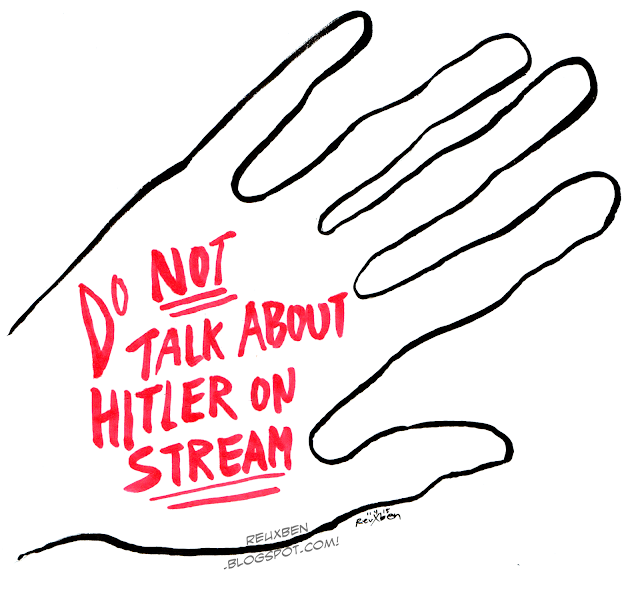 This was an experimental comic based on a Magic news item that made me think about Bill Burr, actually.

And as I look at it now, it makes me think of the recent mini-controversy from Pro Tour Oath of the Gatewatch about Bugs, Thugs, and harmony, or lack thereof.

Fun Facts: I traced my own hand for this, Thanksgiving style! I liked striving for minimalism here, as I tend to loathe not going all out...practicing restraint when it comes to art is something I associate with weakness, which is itself probably a weakness of mine.

Easter Eggs: It's made strictly of black, white, and red; thumb is downward. 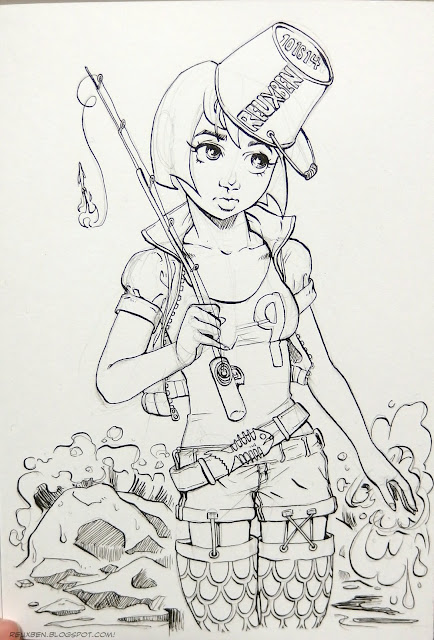 I was subtly inspired by that famous shot of Sora from the Kingdom Hearts booklet, plus a little Misty from Pokemon.

I don't play video games much, not since high school, but loved poring over the booklets of the games we had.

Ocarina of Time was probably the coolest. 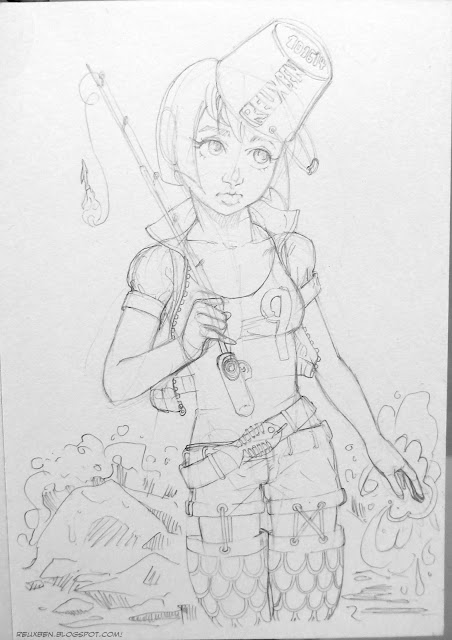 Pencils for an old Inktober piece. I associate this piece with Conley Woods because I was binging on his podcast around this time. 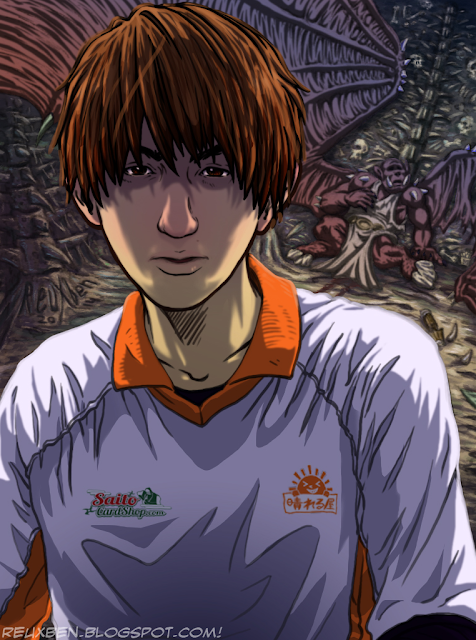 And our final Hareruya player card, this one for Kenji Tsumura.
Fun Facts: He's famous for the card Cruel Ultimatum, it seems (wasn't really plugged in during Alara block cuz college), so they asked to put him in that card. I met him at the Born of the Gods prerelease, but he didn't know I was the guy who did the piece. We were formally introduced later. 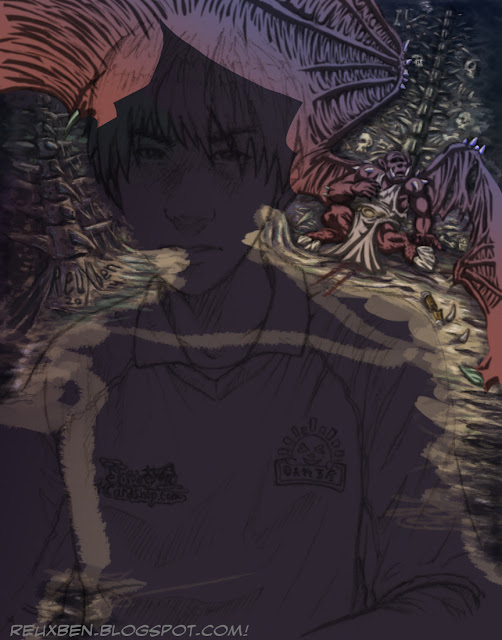