I compiled some drawings to give away to the kids I tutored during summer school, as an incentive for them to give the teacher some much needed peace on the last day of class, so here are some break sketches plus some of the pictures that were up for grabs--better behaved children pick first. 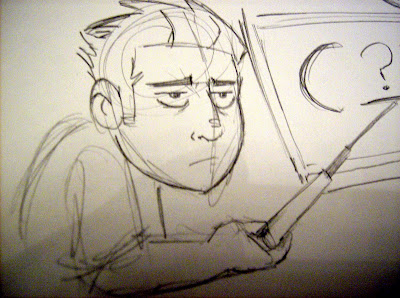 This is my envisioning what tutoring summer school might be like, followed by the day's lesson. Thankfully they placed me into an action-packed math class. 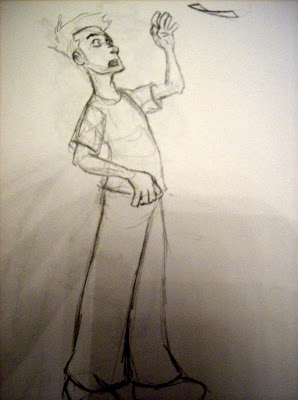 Next, there's some pose practice. I also wanted to try Ben10-styled hands. 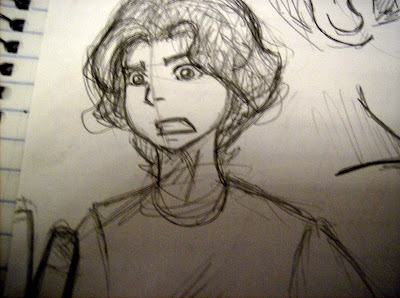 I practiced this hairstyle I really like but I can never get it as I see it. The mouth was Ben10-styled. 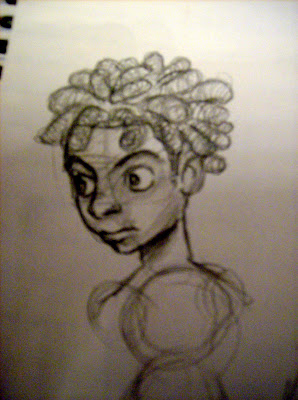 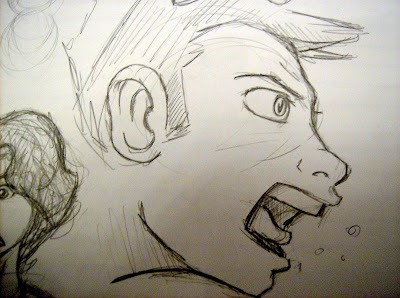 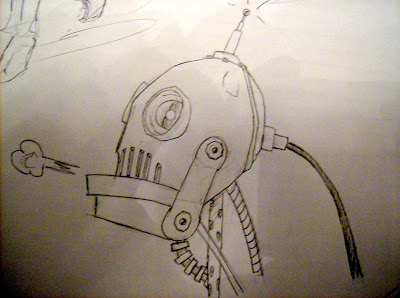 This robot was inspired by my fond memories of the Iron Giant. One of the students also loves that movie, I found out while wandering the class in tutor-mode.I compiled about five sheets of artwork for the kids to choose from, with early picks for the best behaved. So top pick went to a kid who liked the Spider-Man I drew during my last break. The robot went second and the kid even caught the Iron Giant allusion! 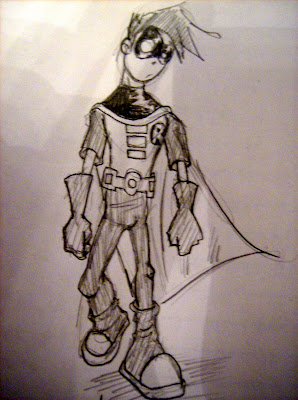 Continuing my efforts to predict what middle schoolers would really dig, I went with a Teen Titans Robin sketch. Robin's pretty cool (minus Scott Menville). 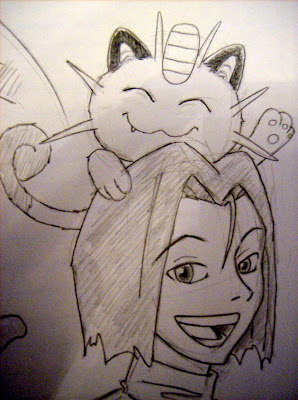 Now we get to the fun one.

I met a kid who was really into Pokemon, and just like me, a big Team Rocket fan.

So I stayed up into the wee hours the last morning of summer school and drew him Team Rocket. 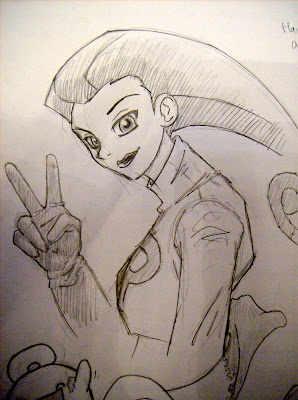 I wanted to give him a special drawing because he was such a character, really smart but easily bored and distracted, and because he told me that his brother and dad are off at war.

He seems really positive about it, always talking about his Master Sergent dad, but I thought he deserved some special treatment anyway. 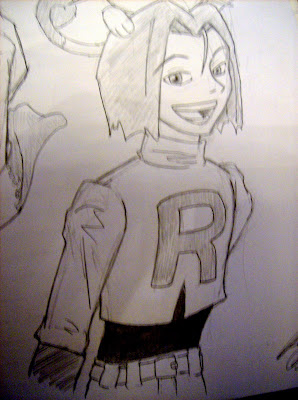 So believe it or not, this is actually my first time drawing the Rocketto Dan.

It was tricky making them both somewhat feminine, without going too far for either. 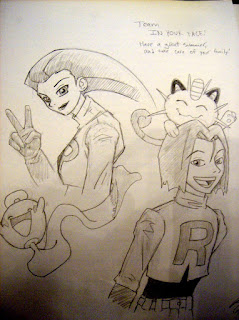 I think it turned out pretty ok. But in any case, I made sure to use the kid's favorite Rocket catchphrase, "In your face!" in the note.

He loved it and cheered the words as soon as he saw them. I wanted to tell him that his brother and dad were amazing people, but I thought it might get him thinking about their situation too much. 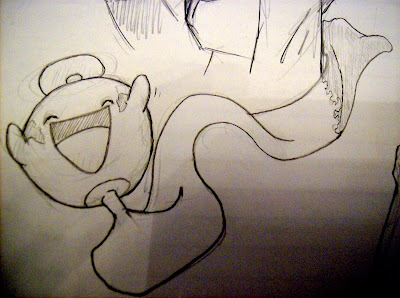 you're a good guy.