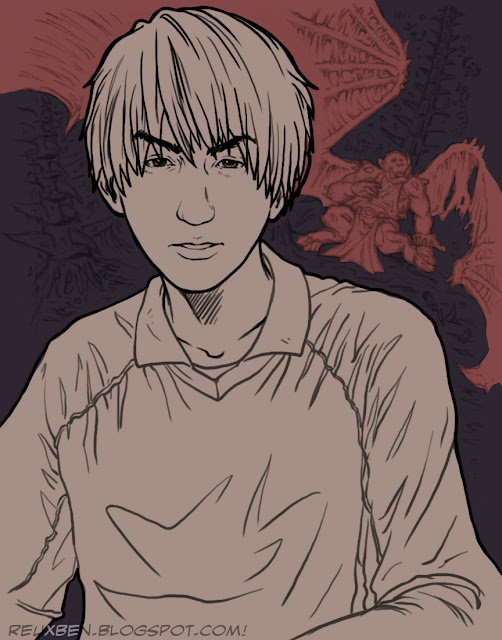 Here be inks for the Kenji token dealio.

I knew I wanted the bg to be fully painted, so just had to ink the foreground. 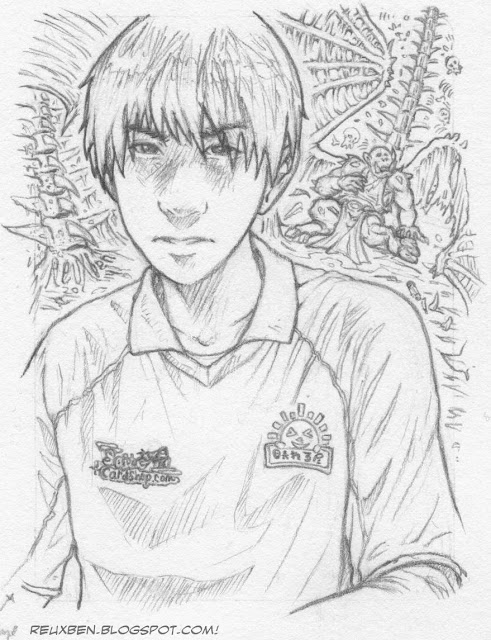 Pro Tour Oath of the Gatewatch is minutes away, so thought it'd be a nice time to throwback to an ancient Hareruya piece, a player card for Kenji Tsumura. The other two in the set are here and here.

I remember time was tight on this one, so went for cel-shaded rather than fully painted on this one, though we started with a pencil base. 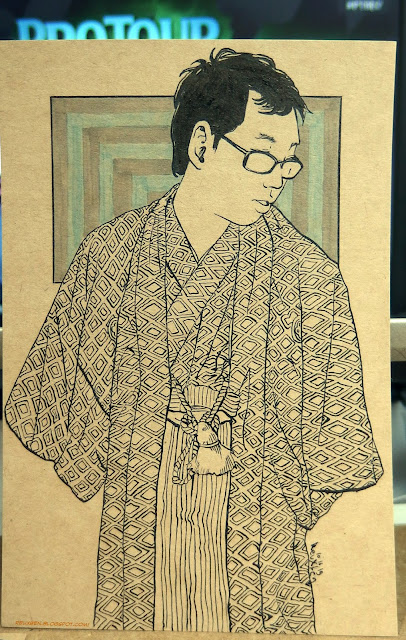 Drew this Inktober '15 piece of Shota Yaso'oka from a photo right around the Pro Tour Battle For Zendikar, I believe.

PT Oath of the Gatewatch is just about to begin. 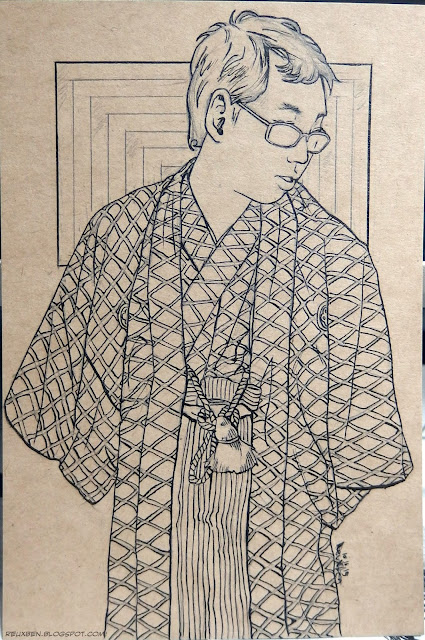 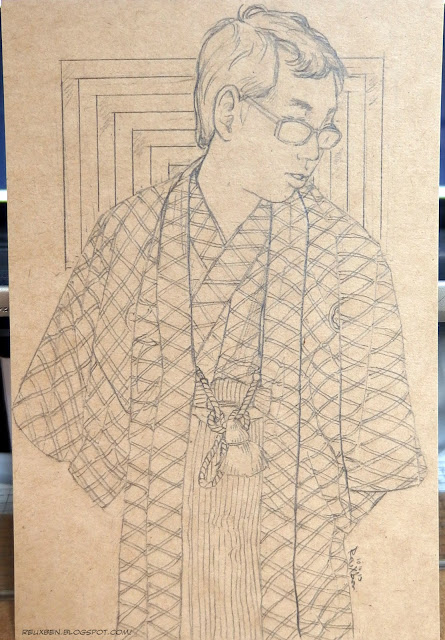 Drew a pic after a photo of Shota Yaso'oka. 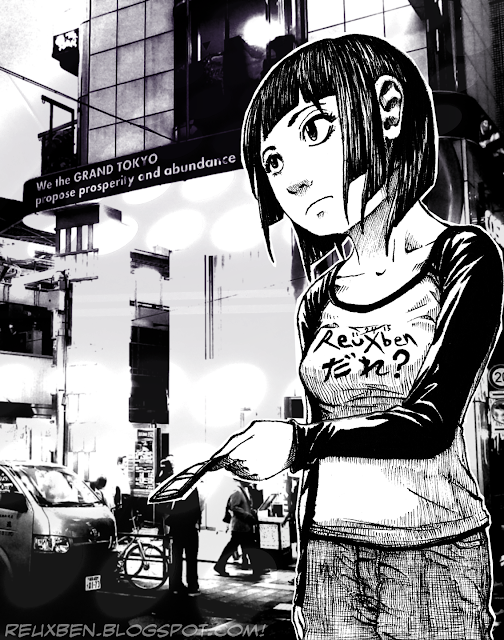 When I put myself

In the picture of success. 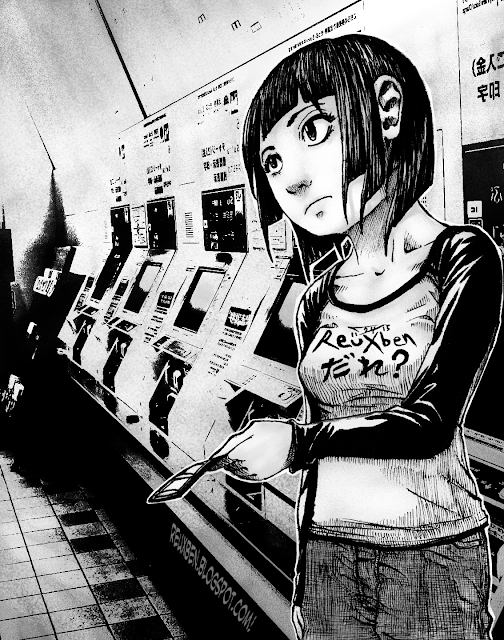 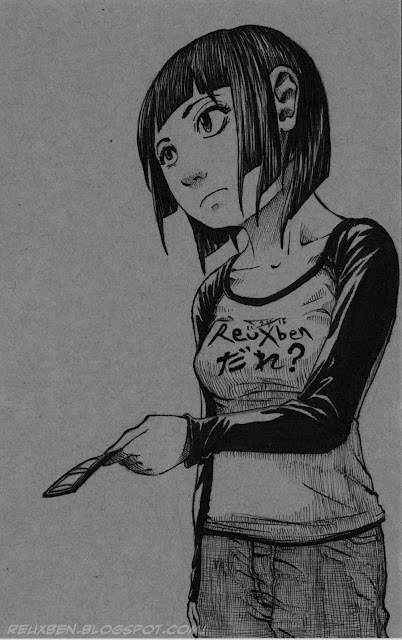 But I fold in half so easily 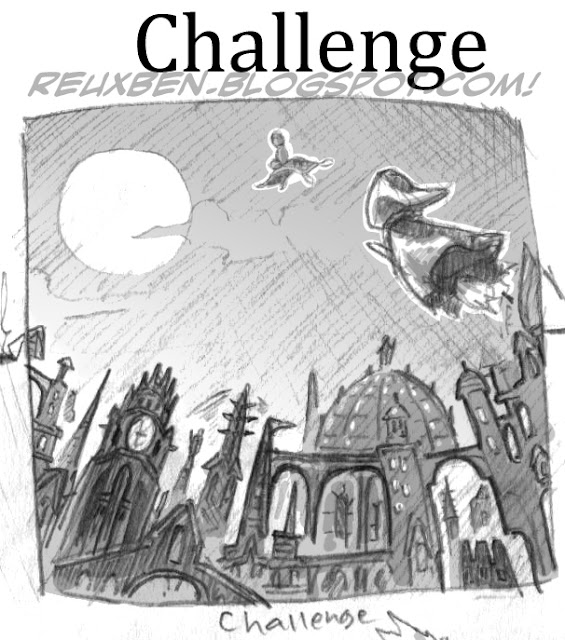 More rejected sketches from that one project.

This was the first in the "Gothic" series, and started the motif of a female wizard and her mysterious rival. Everybody dies in the end. Spoiler.

Shout out to Harkness Tower. And Ravnica mountains. 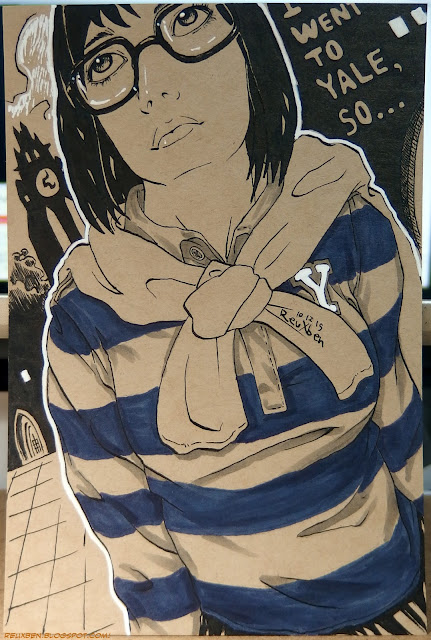 Our little hipstrix for Inktober '15.

"I'd rather be miserable here than happy anywhere else."

And now I use my degree to assist-proofread parts of business cards. 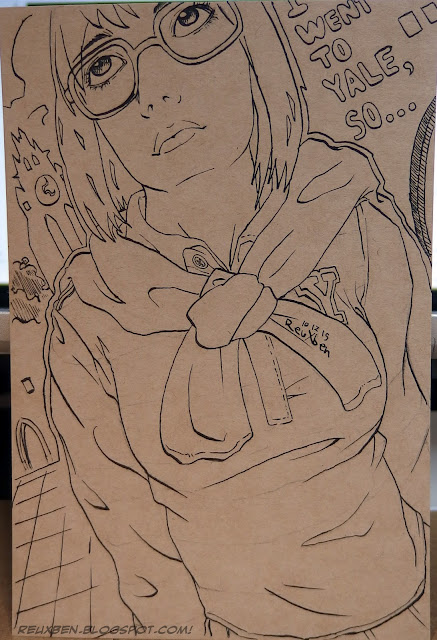 Inks of our Yale hipsterette, prolly a Herald editor, definitely a lit major. 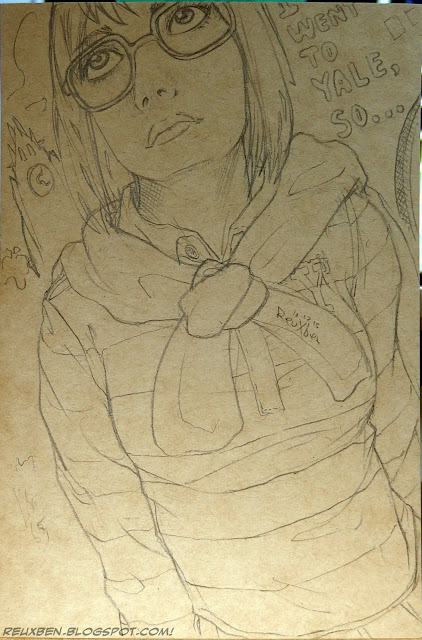 Wanted to draw something reminiscent of the old days at the Yale Herald.

Everyone was a hipster, especially the girls. 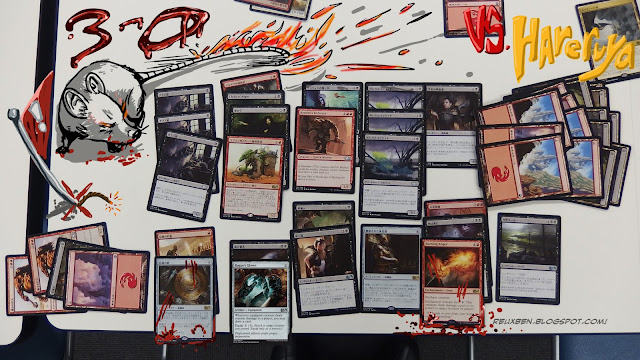 Likely my greatest Magic accomplishment. I beat 3 Pro-Tour-prepping players in an after-hours Draft.
I even made the last train home, but not before bumping into a Japanese Hall of Famer as I headed out for the sprint from Hareruya, idiotic smile still splattered across my never-was face. He recognized how huge this 3-0 was for little ol' FNMer me--or maybe he was just that drunk--and said some super kind words of congratulations. Yeah, he was that drunk.

Highlights were using some of the jankiest draft combos M15 can serve up, including the rare-exclusive Goblin Kaboomist + Shield of the Avatar, which I would actively draft towards whenever possible, taking either piece super aggressively since both pieces were such jank, you'd be able to get a pass at them if they were ever opened. This simple combo works by having the equipment prevent at least one dmg to the goblin if attached, easy-peasy. Every additional creature is just insurance, so not even a burn spell could dreamcrush you. Eventually, you'd be ever more risk-free to skip kaboomist flips and start accumulating a western-front-unquieting amount of Land Mine tokens. Given enough red mana, you can then threaten any ground attacker with sudden death. AND, as I screwed up, despite having been actively telling myself not to forget, color protection doesn't save the target since the red-activated mines are still colorless sources of damage. Cost myself a game against my round-two opponent by forgetting that, but worse--the guy didn't realize the nuance himself until later, but still got that crucial free attack in.

But anyway, the more gorgeous combo is a deathly touchy common rat Walker, souped up with an angrily burning machine gun, so anything the rat hits gets deathtouched to...um, death. I had the man of the hour under that very lock, and my gosh, how sweet a feeling. That's why I love the color black--it just makes your opponent helpless, no matter who or what they are.

And that's why I love Drafting--because you can beat your opponent, no matter who or what they are. 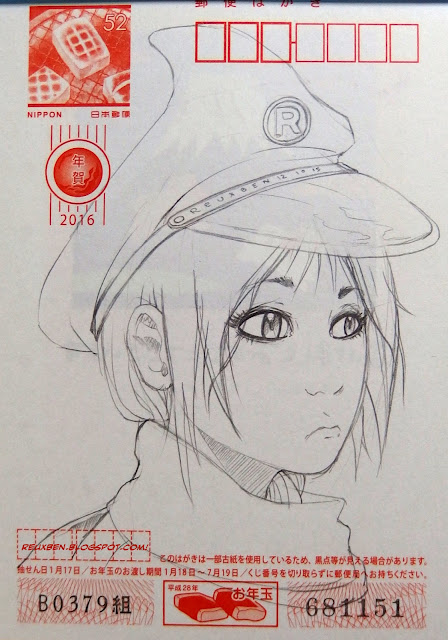 Also spotted the pencils to my 2016 New Years' postcard. Wish I had someone to mail, but I don't.

Joke's on you, though, I save a byutox-load on postage.