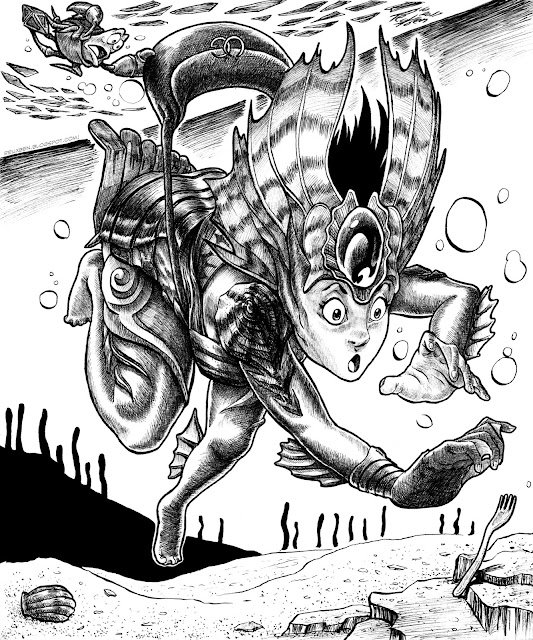 MTGinktober dives into Day 20, "Deep," starring Kiora, the Crashing Wave, lil' Hedron Crabastian, and a dinglehopper for your troubles! 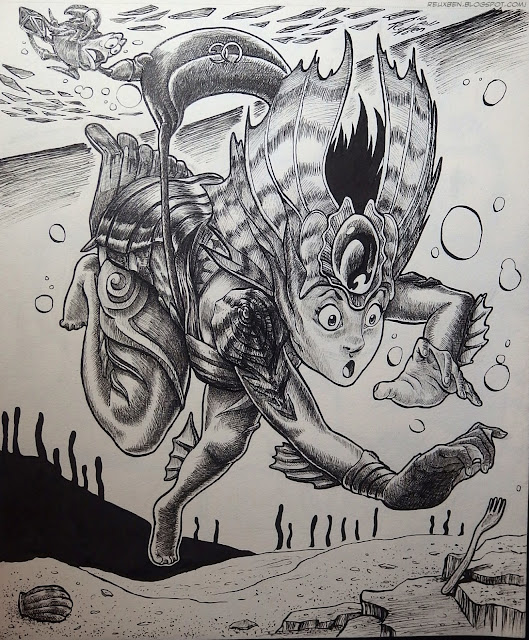 Ok, now that Inktober is over (I'm writing this 11/3/17, furiously scrambling to update the archives), this has proven to be my most popular piece, at least when it debuted on Twitter. What can we learn from this? Well, it proves my hypothesis that the world only cares about fan art (and this piece incorporates two intellectual properties, Magic and Disney). And it also confirms that within Magic specifically, people mostly (but not totally) just care about Planeswalkers. I should note, I strove this year to draw fewer PWs, and ended up often focusing on legendaries, though I also made an effort to draw regular old creatures that hold special places in my heart. 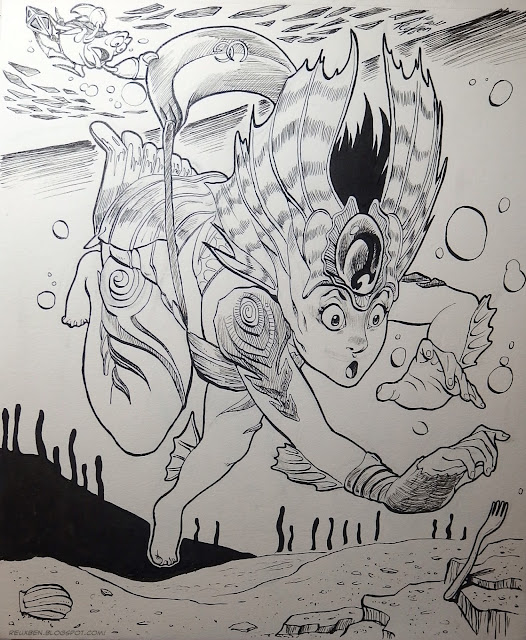 Fun Facts: For this piece I decided to see if an illustration would have a bigger impact if it followed the same old formula of prominent Planeswalker in a wacky pose. Surprise, surprise, this is how we do it. To keep it in theme, I wanted to "go deep" with the references, so I thought it was a great opportunity to pull the old mix-n-match card, which is how I arrived at the The Little Mermaid crossover. There was another property I had in mind that I'd been waiting all month to use, but the proper prompt never presented itself (recall, I don't look at the prompts in advance of the day-of drawing, but I was confident I'd be able to jimmy the theme in at some point...and I did, but more on that later). 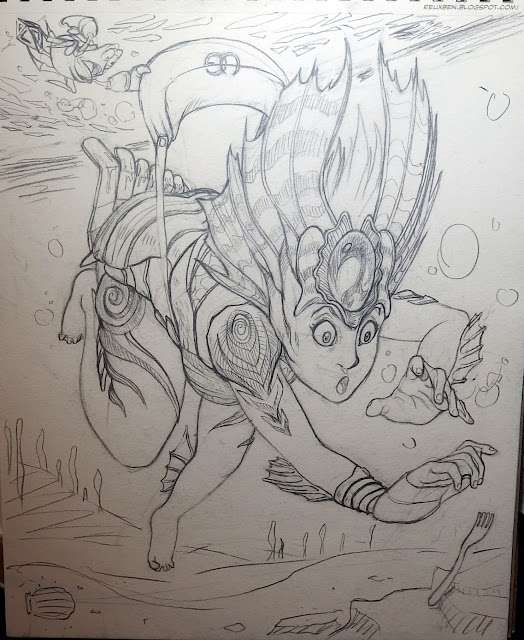 Easter Eggs: This is a play on that scene in The Little Mermaid, when Ariel finds the dinglehopper, but I wanted to go deeper, so rather than just have Kiora find a fork, I featured a similar bag to the one the mermaid had. Except, going further--or deeper--I referenced a Gucci bag, but changed the logo from GG to UG, or blue-green in Magic parlance, signifying Kiora's signature colors so far. Since we had a little space and time left in the budget, I squeezed in Sebastian hanging on for dear life, while still looking on disapprovingly. But again, keeping the spirit of "go deep" I had him clinging to a hedron so he could be a reference to Hedron crab.