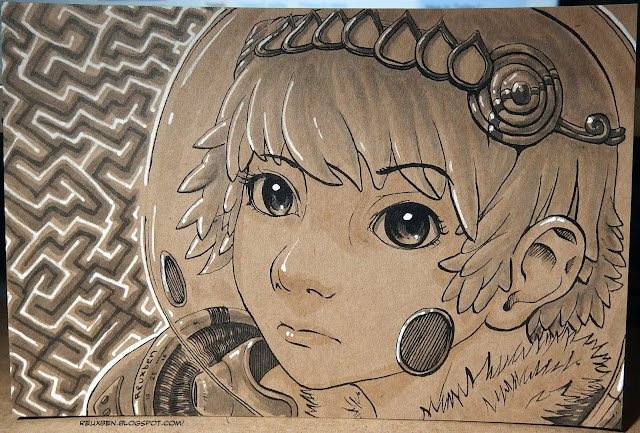 And here we have one of my very favorite pieces of 2015.

The skin tones are super delicate, so it looks really neat in person (pencils and inks).

Inspired initially by the insane stuff Coliandre was doing, it also took wings from this song, cultivating a desire to make something of ambiguous but penumbrally rich narrative.

I was close to giving this to my mentor, but couldn't bear the thought it being more of an insult than anything else; like imagine trying to show Tony Hawk how well you can stand on a board without falling off... 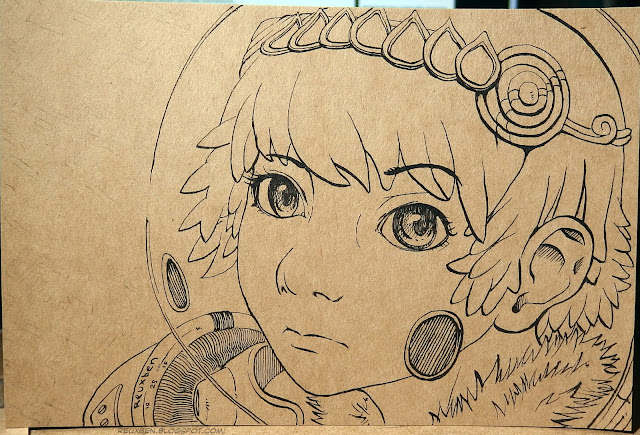 Wanted to draw a simultaneously sci-fi-y and traditional fantasy style girl, like a shaman, but a scientist for Inktober 15. Inspired by A Short History of Nearly Everything. 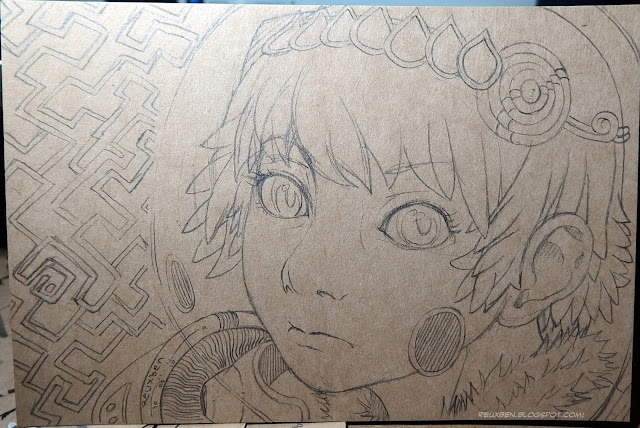 Messing around with a variety of inspirations for Inktober 15. 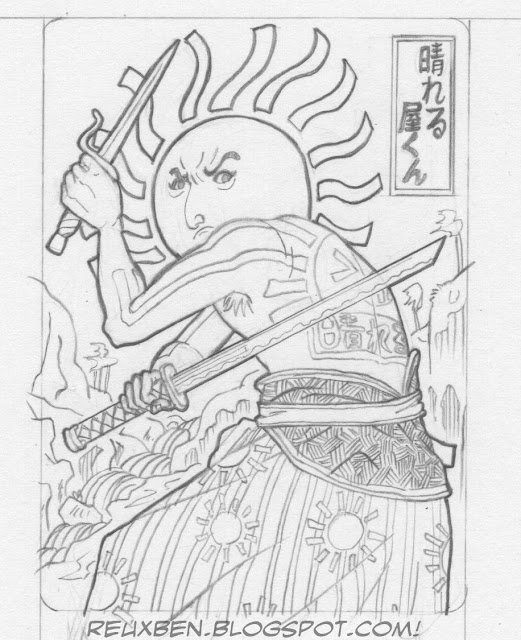 Last of three pitches for a token.

Yeah, falling back on the potentially tired yukioe deal, but meh, happy with how this came out, and happy to use him for warriors and whatnot. 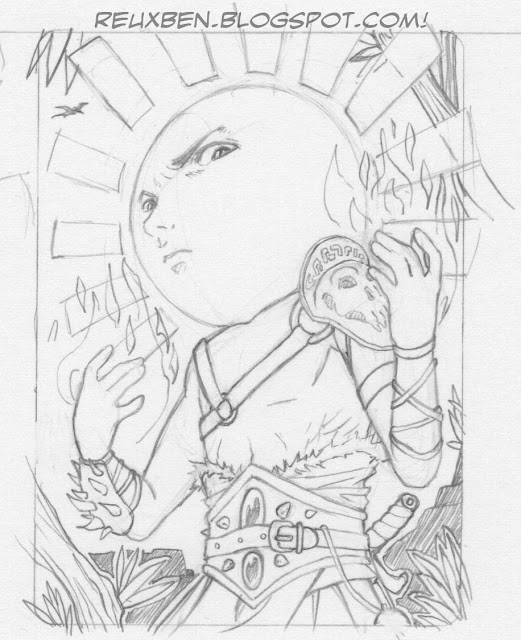 Another stab at the token gig. Swing and a miss again.

I wanna say this guy was influenced by Sarkhan or the Mardu style, but pretty sure I drew these during Theros...maybe Jund? Primeval Titan? Anyway, have a hunch we'll see that shoulder pad again... 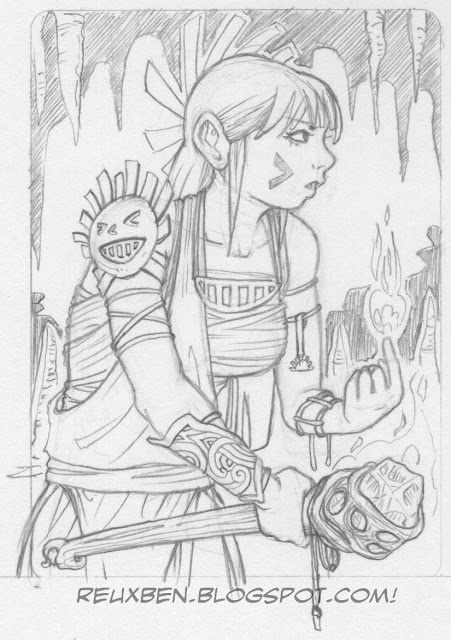 Theros was recently out or in full swing, I believe, pretty sure that's why I went with something vaguely Greek. 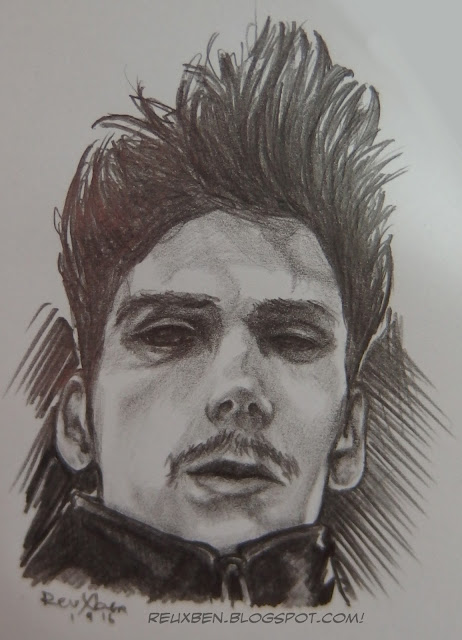 Pretty sure I messed this up. Took a break from some practice to see how far I could get without an eraser...ended up using KNKL's line-sculpting technique toward the end. 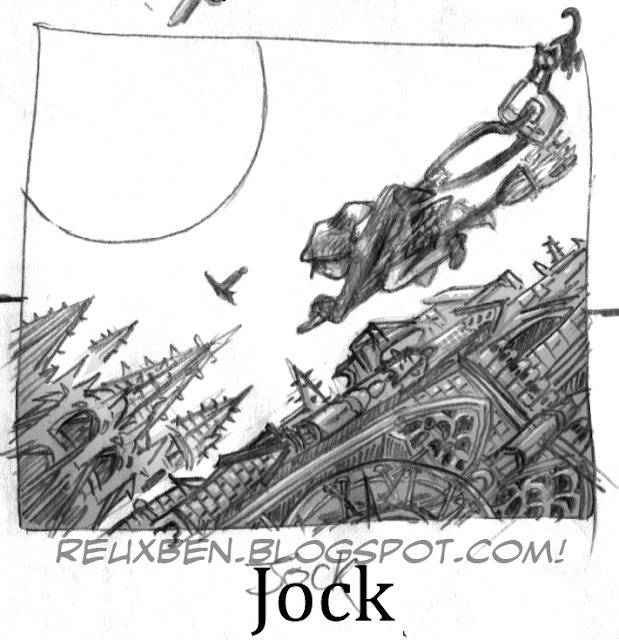 More unused box sketches, this one inspired by Jock's incredible use of negative space. And a great excuse to call back Yale, Harkness, et al. 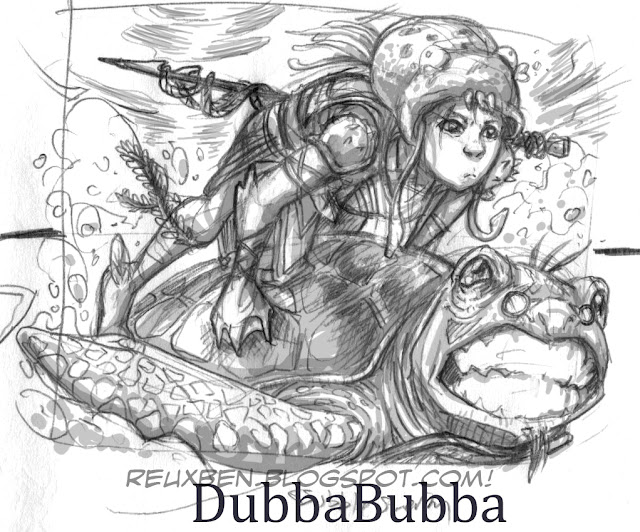 An unused sketch for a box design. I like turtles. 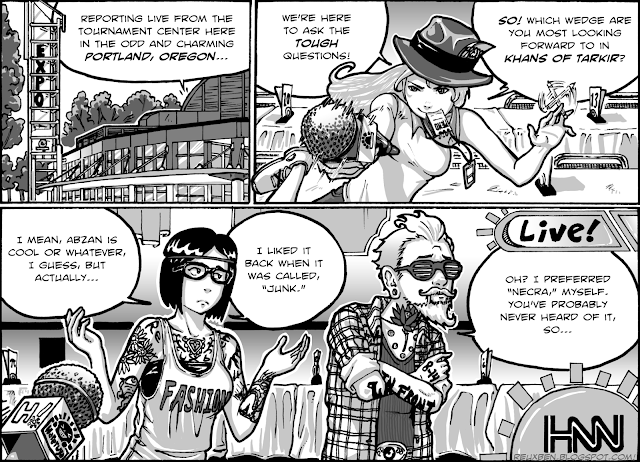 My fourth Fear comic, but only the second published, as the first two were just sorta practice. Anyway, think back to when Khans of Tarkir was about to come out and everyone was still unsure how these newfangled wedge names would play, that's what was going down when this came out. 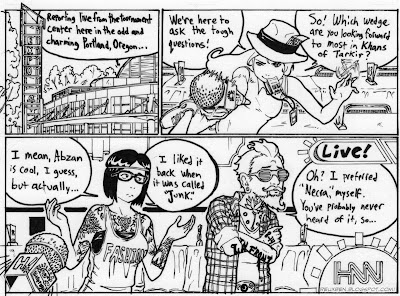 Fun Facts: I thought back to Yale channel my hatred of hipsters, since Portland's state animal is the hipster. Fortunately there aren't really hipsters in Japan, everyone is just pretty much about what they're about, no irony. Except lands in front...don't you dare tell me that's intuitive or comfortable to play. Anyway, I do loathe players that stick to antiquated or obsolete terminology and stuff just to prove how enfranchised they are--calling it MODO, calling all cards by their first iteration (all mass -2/-2s are Infest, everything has "Kicker," etc.) etc. 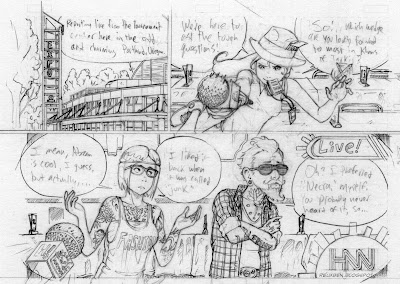 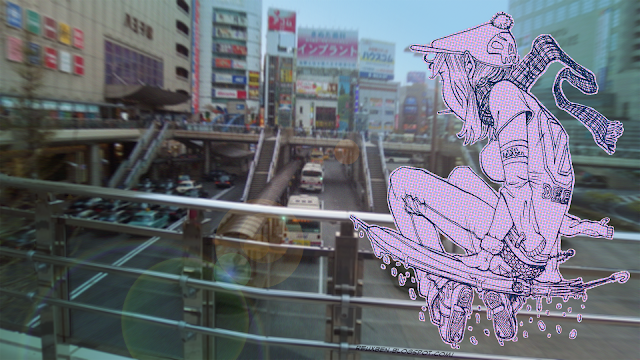 Went next door to Hachioji to find the captain, but he was out. 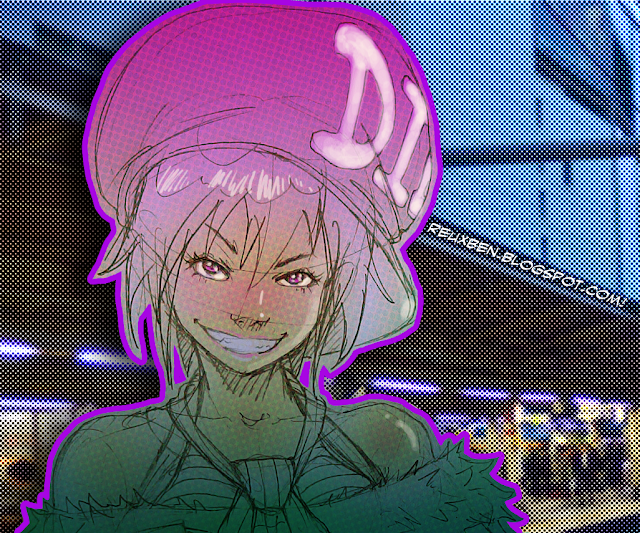 Sketching big hats, jamming them into photos from Shinjuku, and rocking out.

Love when they do that kind of thing in animu and stuff, you know? 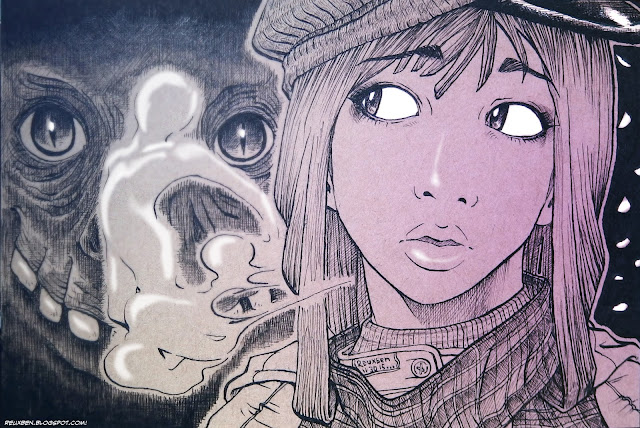 The goal was to draw something scary, or creepy, but not gross-out or gorey, yet detailed and with heavy use of black, and on the digital side, I wanted to use purple because I love purple.