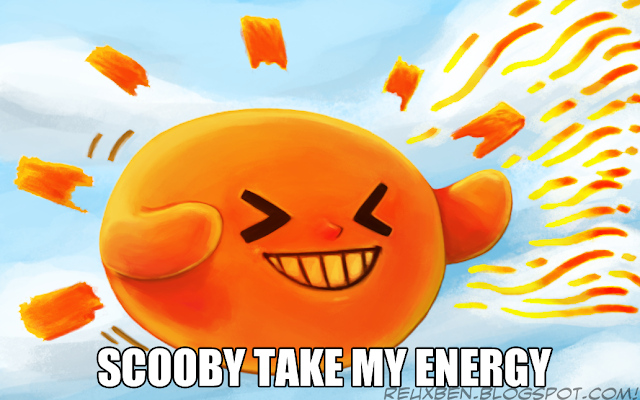 Not my final rejected concept exactly, but pretty darn close.

A play on that Twitch "take my energy" meemu.

Obv. a real name would take place of the dummy name. 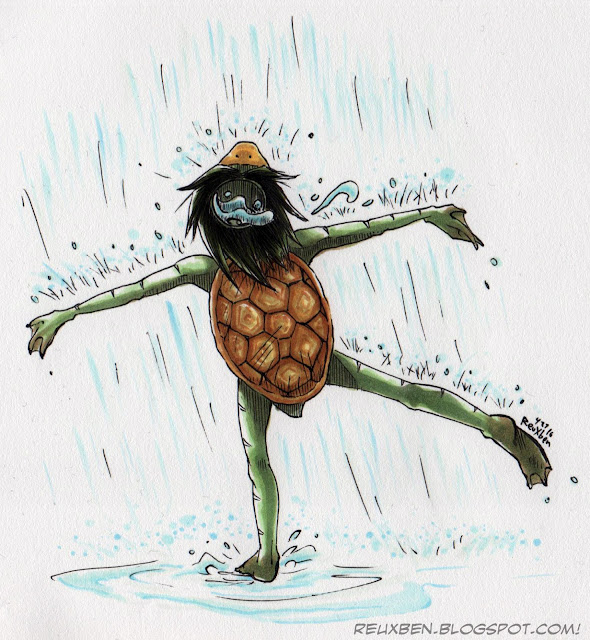 I love the rain. 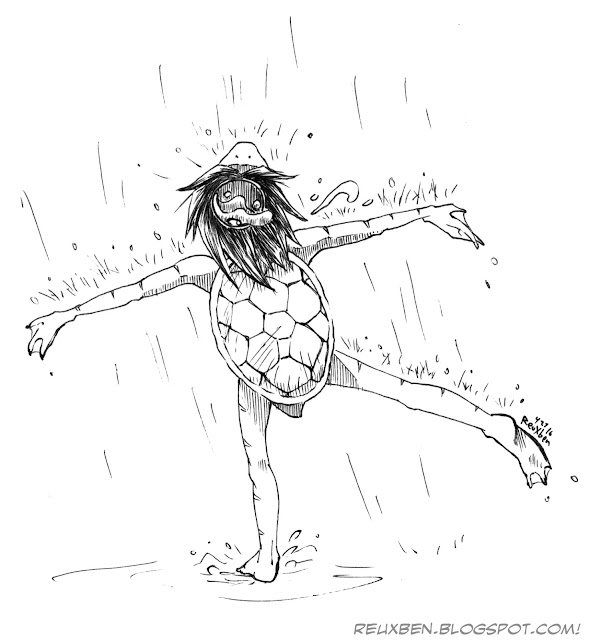 And sunshine is overrated. 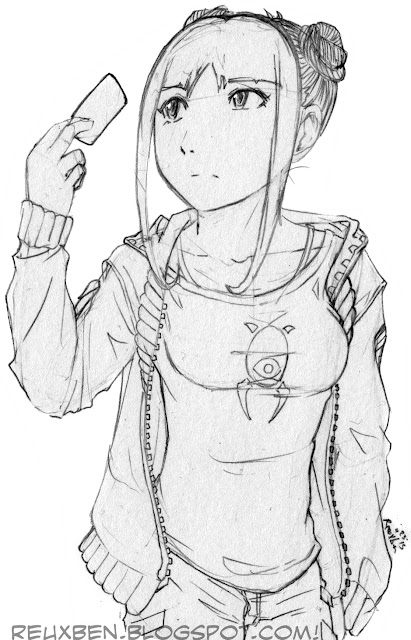 A little Didi sketch from our planning session...

This comic was (is) lightly Magic themed...still going ahead with it, despite the banning that renders it not as present as when it was written.

In any case, this comic was to be a warm-up for my real effort, but I just learned during Pro Tour Shadows over Innistrad Sunday that the whole universe of that comic is in jeopardy. But my disappointment is not even about that.

It's about the utter disrespect and disregard Wizards has shown its most outstanding people. People are being lied to. Is this not outrageous?

I feel I'm in a similar boat in a different ocean, so I really feel for these guys, though obviously their strife is far greater. But there comes a breaking point. 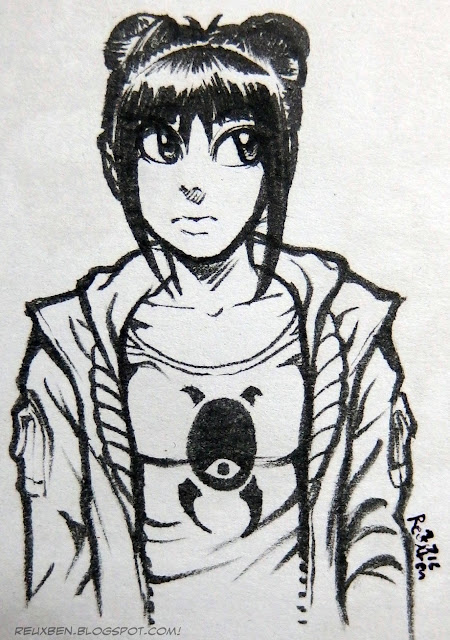 Ok, having gotten up to date on the archives, our new focus is Didi.

This was actually one of the first drawings with my new fudepen, so the ink was pleasantly a little lighter than usual. Typically takes a couple drawings before the pen really gets going. 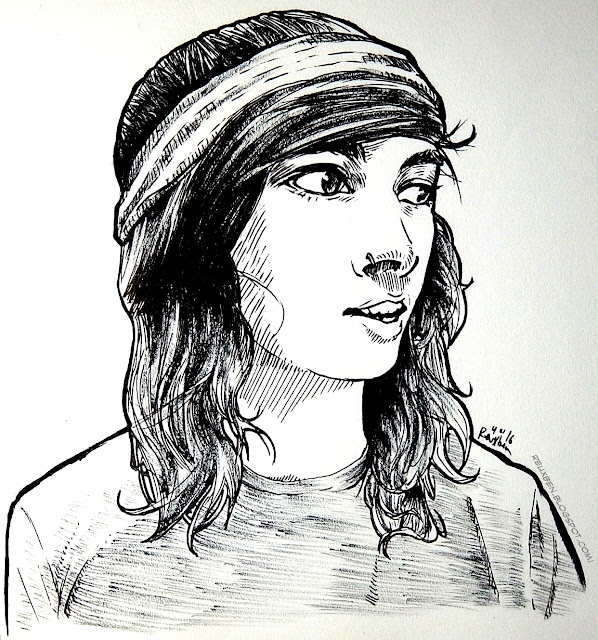 AND FINALLY! WE'RE CAUGHT UP WITH THE ARCHIVES! VICTORY!

Ah! This little project began in earnest as a New Years' resolution of sorts, and we've been posting roughly two weeks of content just about every day since then to get us caught up from where we left off in 2013.

I suppose the next archive project would be getting around to shoring up 2012's dozen-ish missing posts, but I must start focusing on the future now. 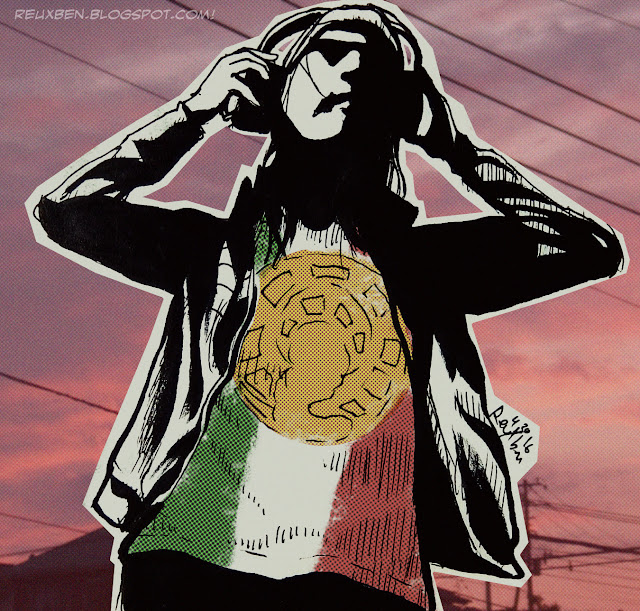 And we also finished our Pierce the Veil studies! Gonna party! Just kidding. Gonna go to sleep, maybe get some pizza and ice cream. And get ready for our first "live" post in years this Friday! 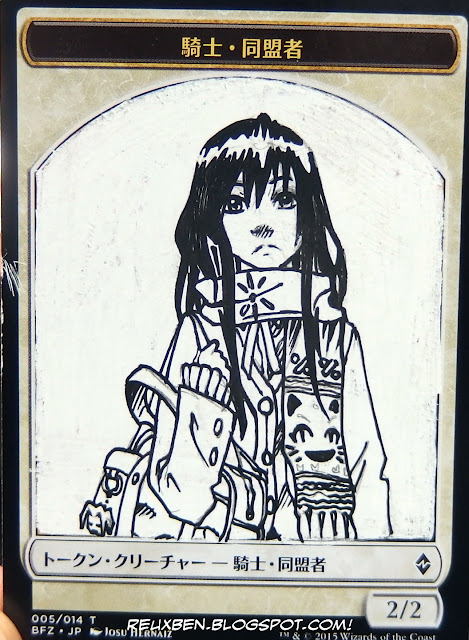 The inks to this torn alter, still, undecided on how to color this...kinda wanna try actual paints. I picked up some acrylic gauche that I've been looking to use... 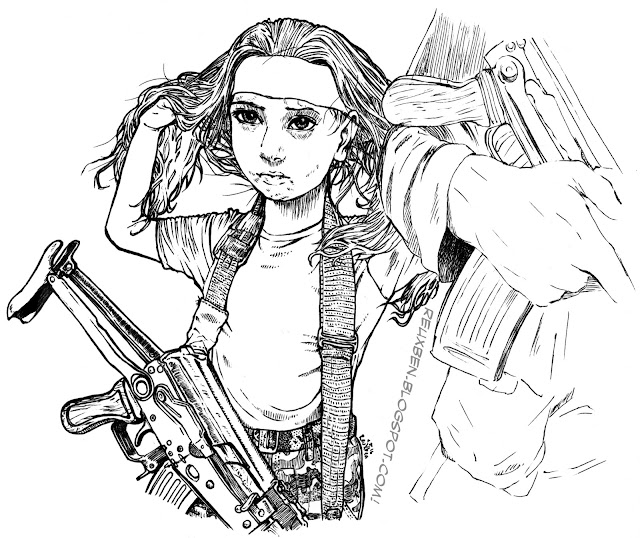 A live-ink study of an incredible photo, no pencils or parental supervision. 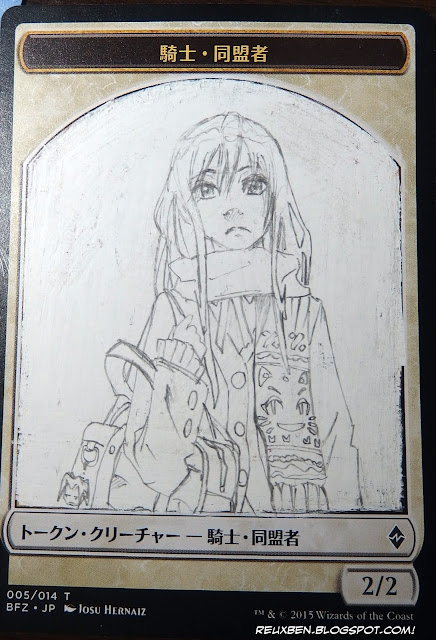 Studying a cool pic I saw as the album art for a song I was listening to. Seeing if it might look good on a token, but using a different technique.

Rather than strictly tearing the token, I scraped off the token art with an art knife. It gives a neat look, much smoother than I'm used to, so I am wondering how this might impact colors.

Customized some of the gear, though--some Zero and Nyao merch for our heroine. 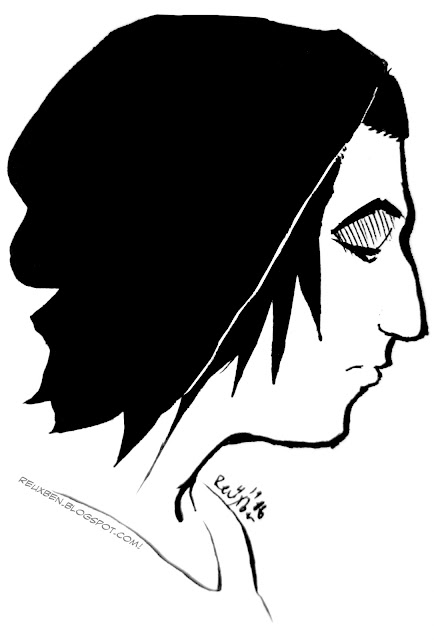 Another sketch from the Pierce the Veil study session. So close to finishing the documentary, but still drawing the interesting poses and things as they come up here and there. 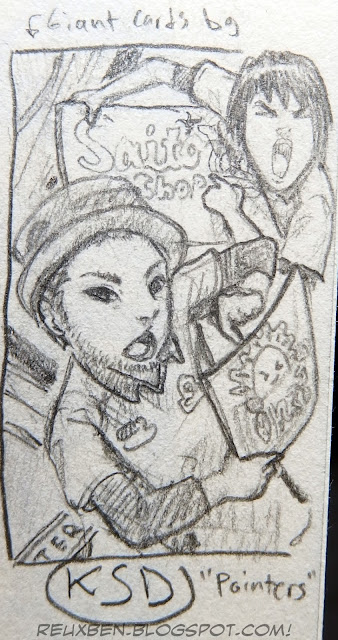 More sketches they passed on for what would become the Kuniyoshi piece.

This one was fun, just like they are sorta competing with each other for the viewer's attention like Shonen rivals or something. 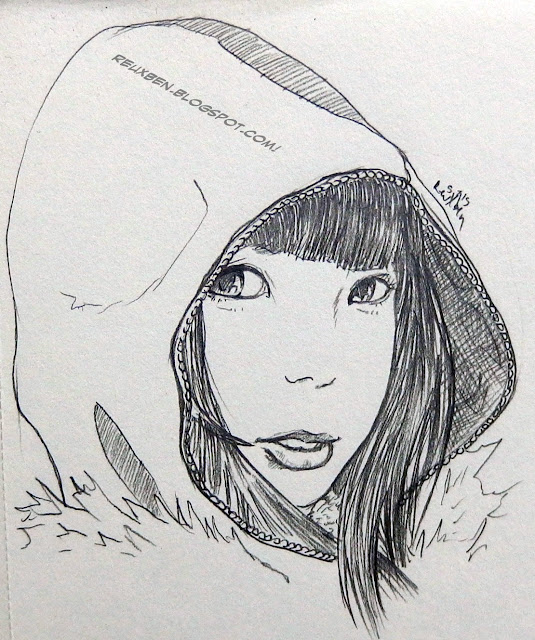 Just chilling in or about the hood or whatever.

My ears get cold so easily...I wear a hood or headphones constantly partly because I love sweaters and music, but also because it keeps my ears warm.

I discovered the headphones as earmuffs trick at Yale, where--get this--it snows. 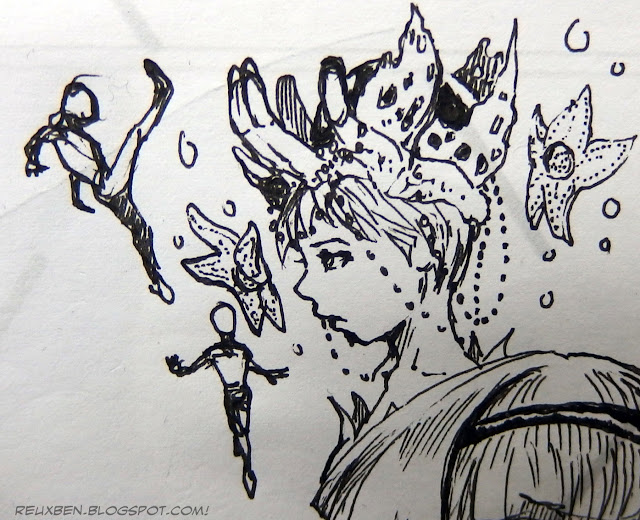 I often doodle up on scraps of paper, and I noticed these happened to combo pretty well into a little story moment, like the Everbored Princess, Pearl of the Great One Blue, giving instructions to her little assassin Agents, Uno and Yahtzee. Her starfish Ace and Jacker are her bodyguards who can transform into giant, hulking bipedal versions at will, only their starfish bodies remain as mask-like coverings for their new bodies.

She only ever seeks Entertainment to cure her constant boredom and will scour even the Drylands in search for the latest Pagliacci--the embodiment of the greatest Entertainment on Myrral--housed in a living vessel that emerges only once every 100 years.

Her Entertainment standards are impossibly high, though, since she is obsessed with discovering the Pagliacci and will assume anyone presenting Entertainment to her is potentially the very vessel she seeks, and she suffers no rookies.

Appropriately (in her mind) she will send her Agents after anyone who she feels dares waste her Audience--however she will give them 72 hours to run so she can get at least one last stab at Entertainment from failures. Thus she has accrued many enemies from the other nations who also seek the find and claim the Pagliacci for themselves. 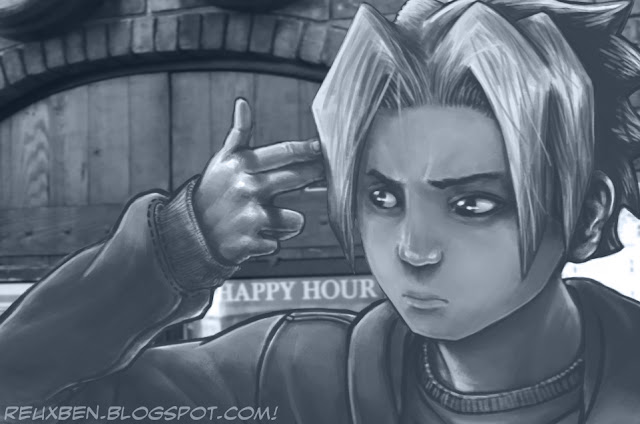 After months of daily updates, each of multiple weeks worth of content, all to resuscitate the archives, we're finally in the home stretch...we're now same-month...!

So a sampler of my dear Zero. Not his first digital foray and not his last.