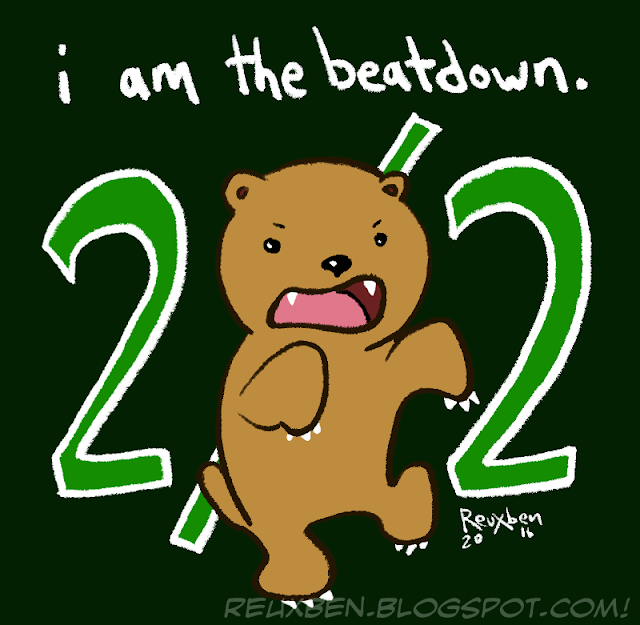 And here's the final of our little "i am the beatdown" shirt, or should I say "beardown"?
Anyway, the title comes from two things, primarily the old Magic adage about identifying "who is the beatdown," famously originated by Michael J. Flores, whose podcast with Patrick Chapin I quite enjoy despite not really being into Constructed myself. People talking passionately and intelligently about anything is always a great listen.

The second namesource is a twist on one of my favorite albums of all time, I am the Movie, from Motion City Soundtrack, which is lamentably calling it quits this year...

And then the design itself is a reference to the Magic slang for a 4/2 4/4 2/2 creature for two mana, affectionately called a "bear." Rather than my more intricate style, I thought a more "cute," clumsy style would be in order. 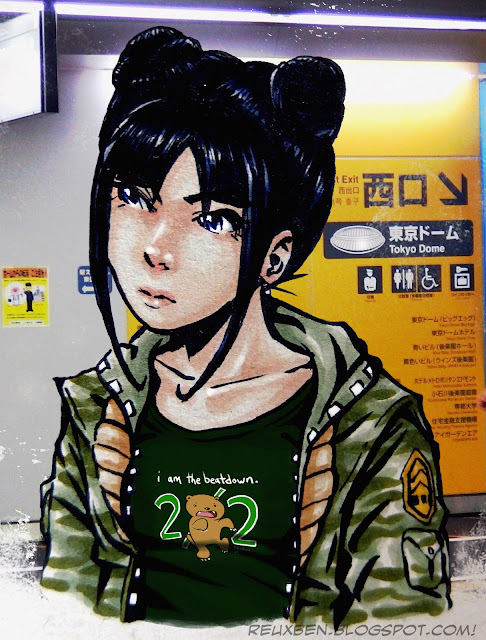 And then here's what it might look like on Didi from Splinter.
The background is a photo from when I discovered I was standing next to Tokyo Dome one night. I was more pumped by the official Shonen Jump merch shop nearby. 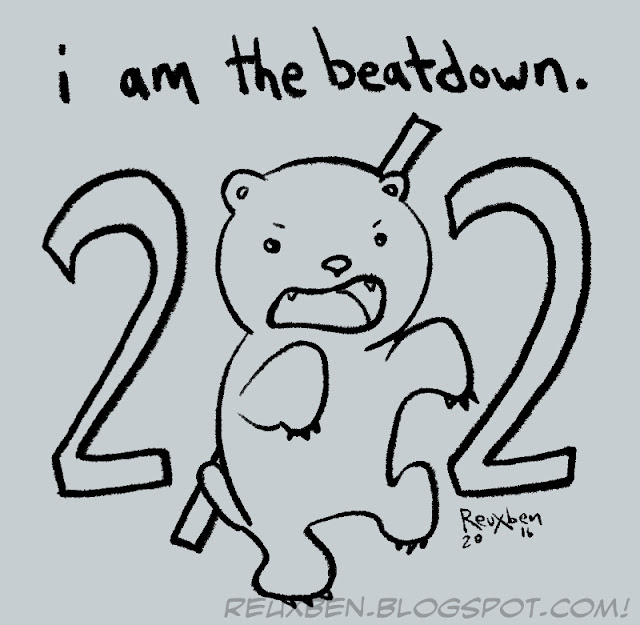 I really liked my little kuma T sketch, so I thought I'd take it to final anyway.

It's based on two little Magicisms. 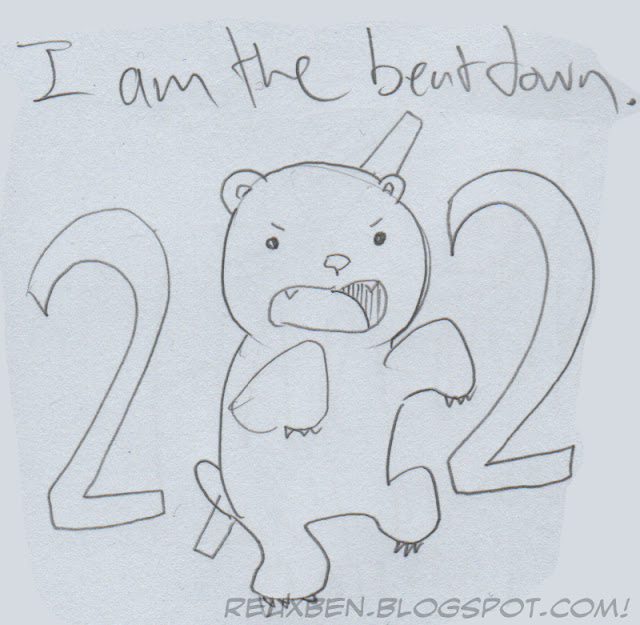 A rejected sketch for a shirt. 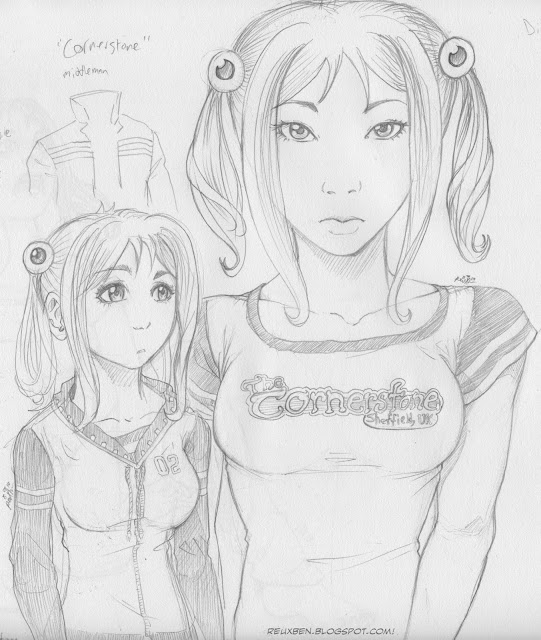 Early concept sketches of Didi, but we went in a different direction.

The foundation's there, though. 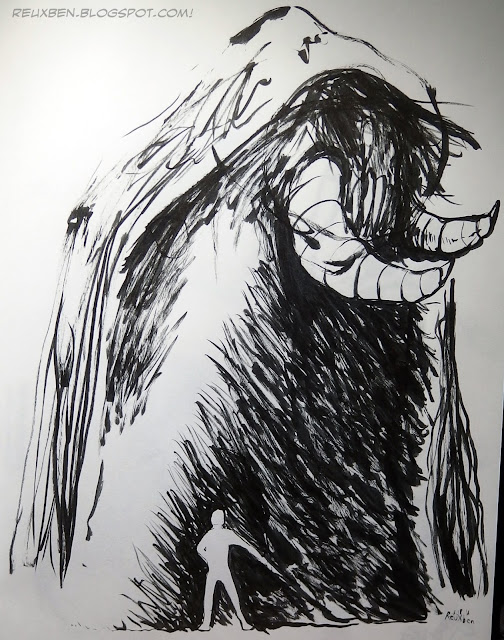 Fudepen practice while listening to a documentary on H.P. Lovecraft.

Trying to get a sense of colossal scale since I usually only draw one figure at normal size.

You win some, you lose some.

Trying to creep people out on the train... 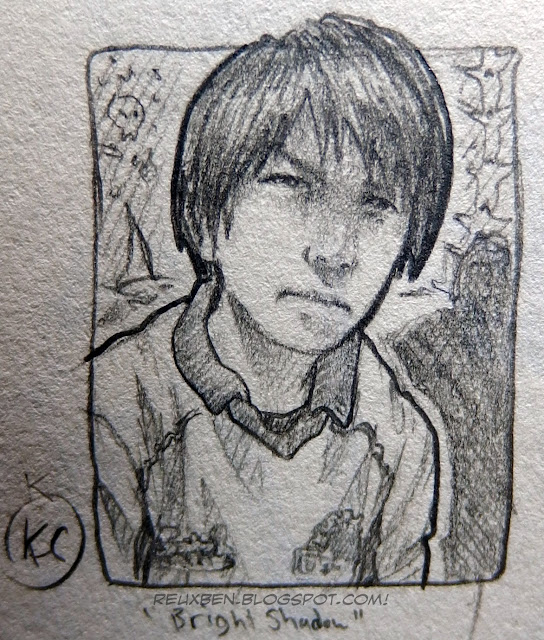 A sketch they passed on for the Ultimatum piece.

A study of Kyary Pamyu Pamyu. She used to post really great photos of her outfits on Twitter, but feels like not so much recently, maybe because I'm not online so much lately. Wonder if maybe she's been sort of fading out in Japan. Wonder what that's like.

I didn't expect to like her music, but I have two of her albums now, and would happily snap up more if CDs weren't so expensive here, even at second-hand shops, unless we're talking really old stuff.

One of my favorite tracks is called Drinker, underrated. 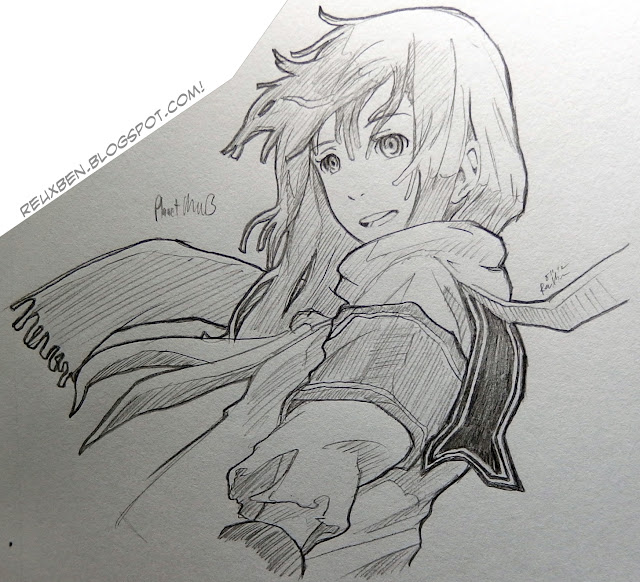 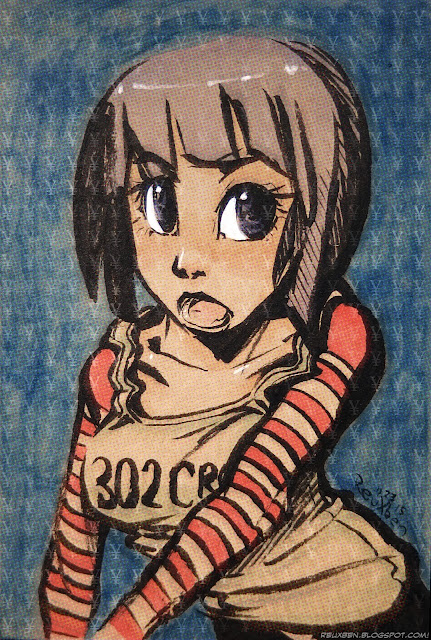 A bit of an homage to 302 Crown Steet, where I really got a big chunk of EXP.

I did next to no digital anything back then, and still hold on to that prejudice too dearly I fear, but I wanted to see if I could incorporate more digital into traditional pieces, such as this one.

As long as I look good when I'm old. 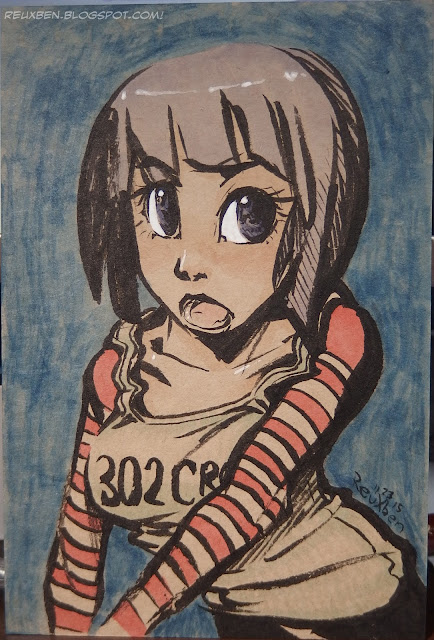 Wanted to try a faded out, two-tone look with Copics but I can never quite get it...

But I did enjoy going live on this one, that is no pencils, just fudepen inks. 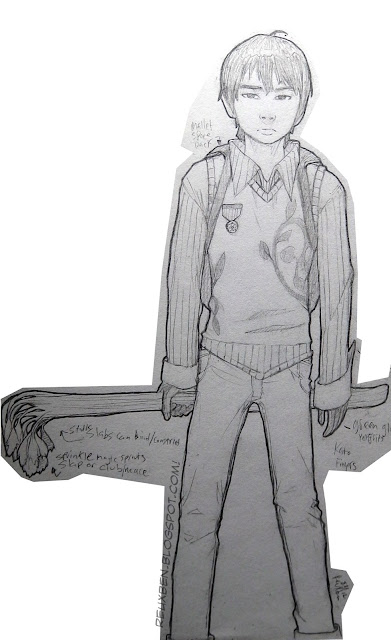 More from that first comic I wrote in Japan. His name is Ko, he is a powerful vegetarian.

He was based on a dude I used to know. Never smiles. 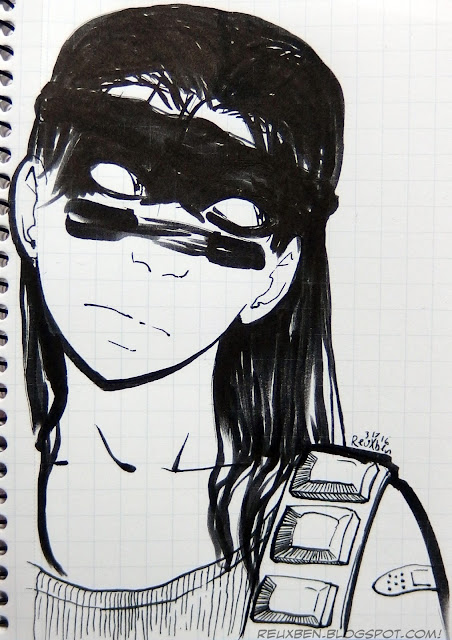 Some kind of guerilla? I dunno, just rolling with the old fudepen in my pocket sketchbook.