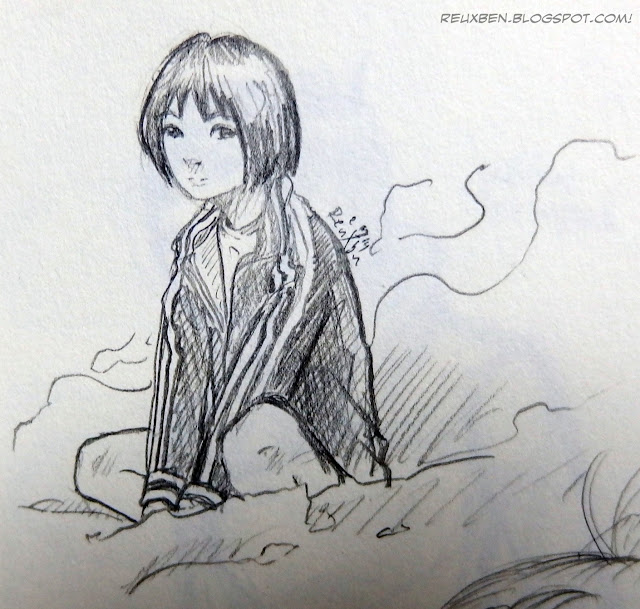 An old study from a photo, I believe. 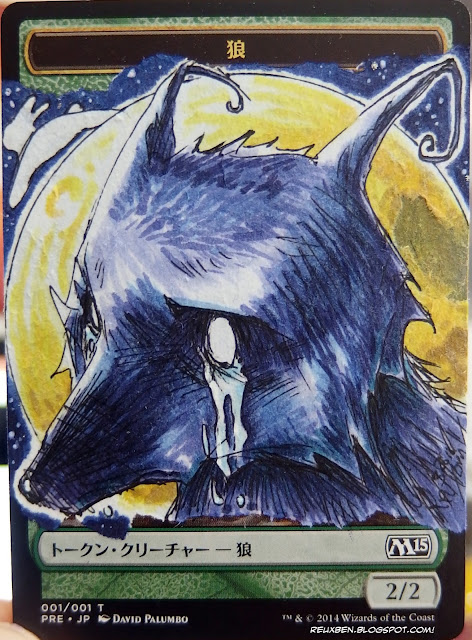 Didn't actually get to use very many oolf tokens during the SOI prerelease, but did go off in exactly one game with with the wolf-per-transformation token guy. 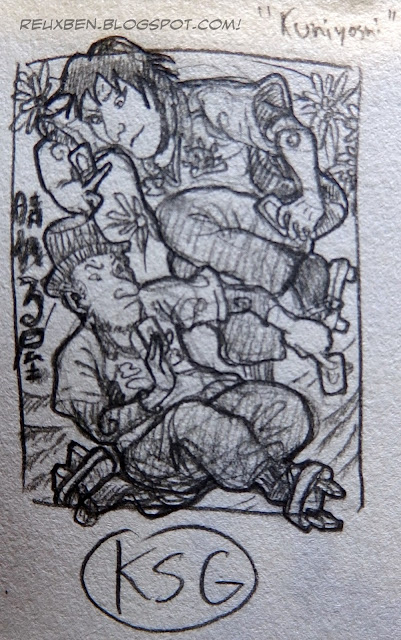 This was the sketch they went with for the Kuniyoshi piece.

I knew it would pigeonhole me but, hey, man, what are you gonna do, ya know?

A little sketch where we put all the pieces together. 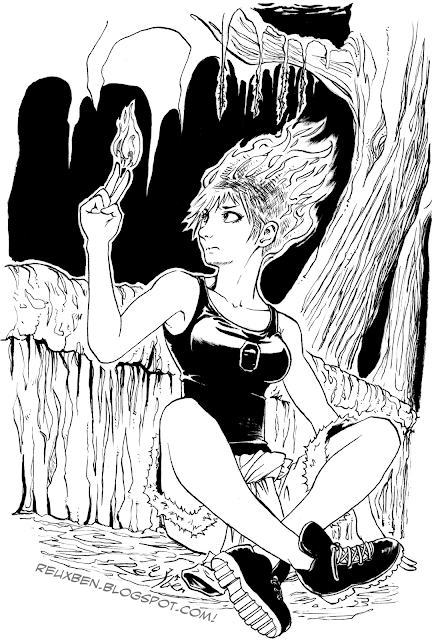 And the inks for the scene-based image for Inktober '15.

Complete with all the tell-tale signs I can't think of what to draw: flame fingers, flame head, cave background, fuzzy shorts.

Reminds me of my old Penny Dreadful stuff, come to think of it.

Messed up the foot and also the everything else. 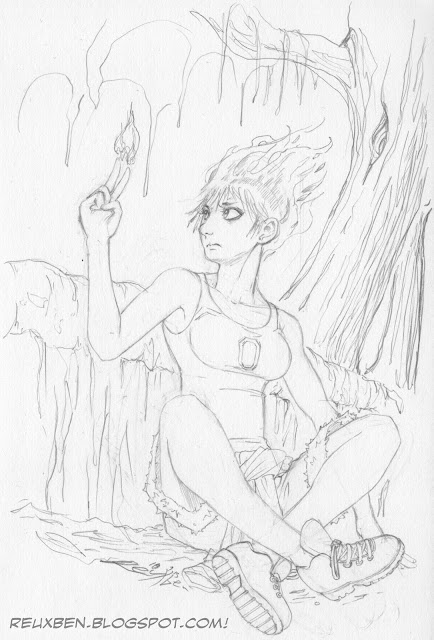 Pencils for a more scene-based image for Inktober '15. 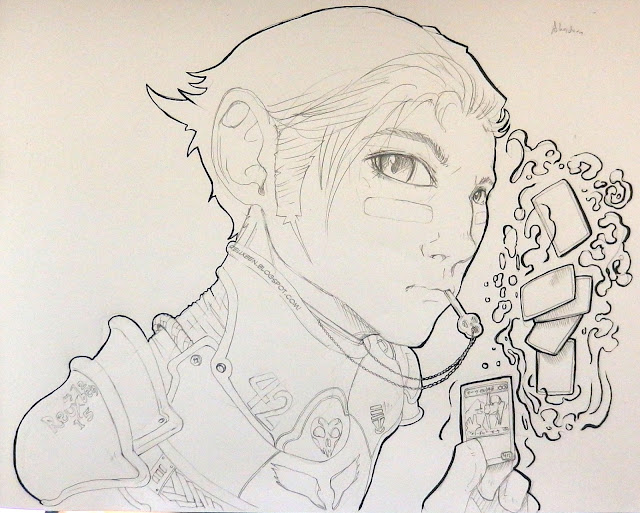 Pencils to the Cage piece from earlier...posted out of order since I like to keep Fridays the day with a little more pizzazz. Another sci-fi ish exploration of a Magic-playing character concept, live from our favorite cafe in Tokyo, guest-starring one of my favorite Kev Walker joints. 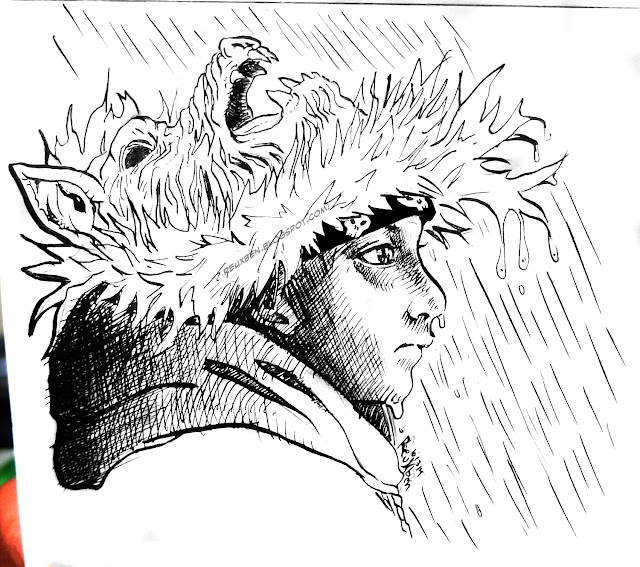 Wanted to see how I could hatch with the G-Pen after seeing a neat photo one day. 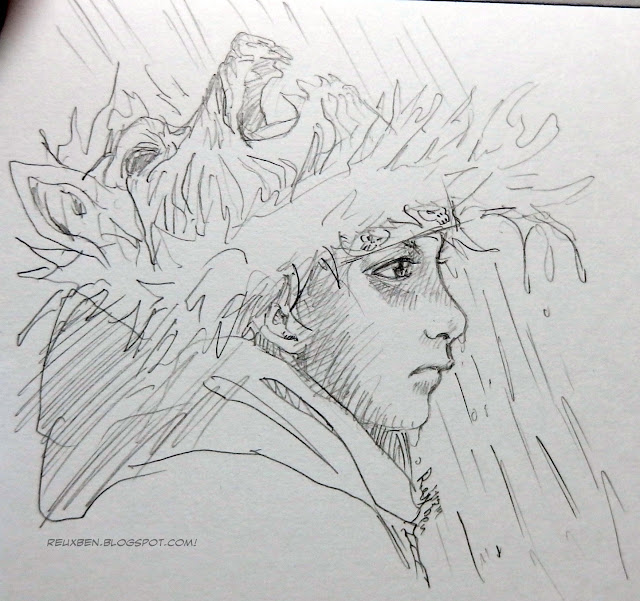 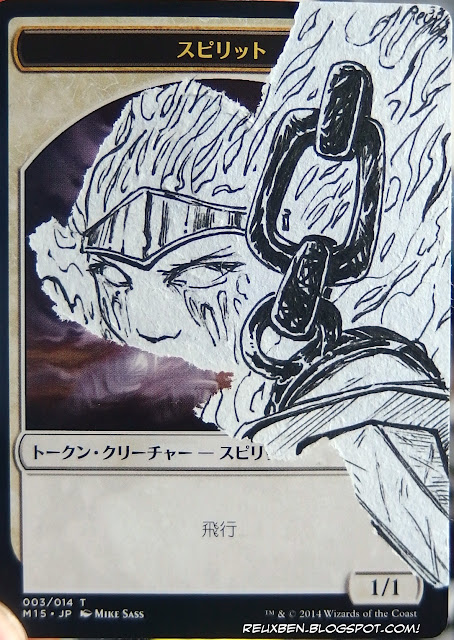 Hmm. That turned into a bit of a heavy post. Here's my last spirit in prep for the SOI prerelease, drawn while listening to an interview about Alpha Go plus Schmoes Know for old times' sake. 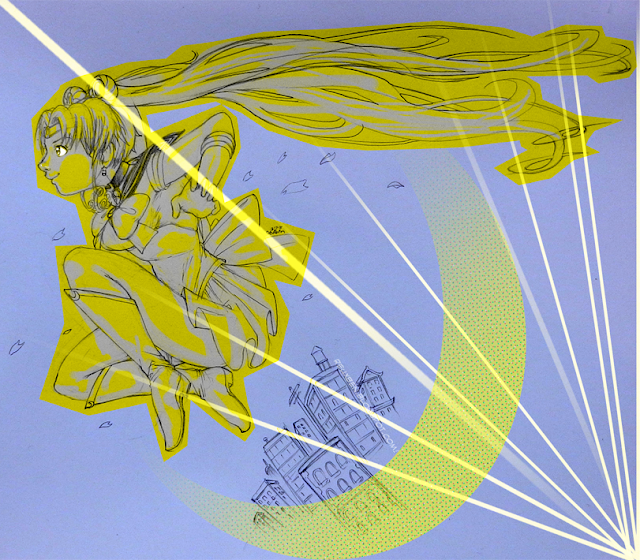 Some rando digital stuffery on this, yes, with a mouse, for the keen-eyed.
I say I was specifically a fan of season 1 of Sailor Moon, because that was the season they were meeting everyone and discovering everything and we were all learning the "rules" of the show. I later would come to realize that I profoundly appreciate that aspect of discovery significantly more than whatever drama experience can conjure. That is why it's so hard for me to take stories seriously if they aren't about kids or young people, the same way some people just cannot take animation seriously as realistic or legitimate storytelling, I suppose (These moving drawings are supposed to make me feel emotions? What?).

But what is the point if you know everything already? By season 2, they knew who all the core scouts were and then it was just creature-of-the-week or whatever, with minimal discovery, so there was little personal-unknown involved, as I recall.

When it comes to stories about adults, I can never get over my childhood-brewed bias that "you're an adult, you're supposed to have everything figured out already," so I just get ripped out of any narrative where the characters are say, post-college. Kids and young people are supposed to make mistakes, they don't have experience to draw from. That's inherently fascinating. How does this person take on the world when they barely have it together themselves, when whatever decisions they make are not backed by any wisdom that things will or even should probably work out? I suppose this is also fueled by all the anime I watched growing up, where it was always "kids vs. the world," meanwhile everything else on TV seemed to be just about adults, which I associated with "boring."

I guess this is all to say that I can't really wrap my head around being an adult. I remember feeling really weird once I became a senior in college, because that was it--we were the most experienced people at everything, and yet I knew I didn't know everything, and that I was always experiencing some kind of fear or uncertainty; I hadn't magically changed overnight, and surely most of my classmates hadn't either. Typically juniors run all the clubs and everything, while seniors advise them whenever they need help, but as a comics artist and illustrator, I never "retired" as others do, who move on from their leadership or highly active positions in clubs to focus on theses and career-oriented preparations. So I was technically one of the most experienced artists, and was an editor in charge of people, but I was still drawing the days away with artists who had just stepped on campus and still battling with editors on whatever decisions negatively impacted artists. I never had a chance to bask in that "I know everything, I am an adult" episode my classmates had, so it passed me right by. So I have yet to dismantle the disconnect I feel with characters who "know" rather than "learn."

I certainly appreciate "mastery," or individual knowledge, but I just can't get into "omniscience," wherein there is no longer significant collective discovery. Animorphs probably epitomizes series-long discovery, while Avatar expertly traces discovery towards ultimate omniscience. But if you already know the score, then it's not compelling. By season 2, Sailor Moon as a show reached omniscience, and also I didn't want cooties. 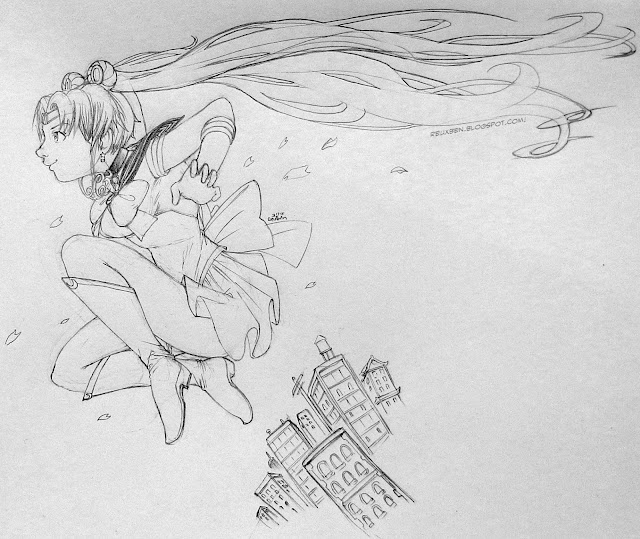 You know, I was a big fan of Sailor Moon season 1 when it first came out in the US, would watch it every day after school. Then an older kid who wanted to rain on my parade read me an article in some TV Guide-type magazine about how it was the top-rated show marketed towards girls.

I was like initially skeptical, but I put the pieces together eventually. All the fabulous accessories in the show. The insistence that everybody dance around rather than actually fight. Talking cats. It was obvious.