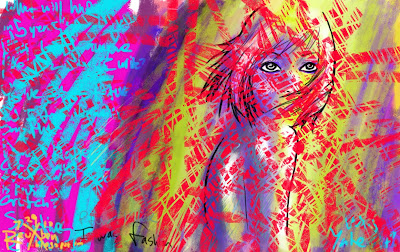 Set the world on fire. 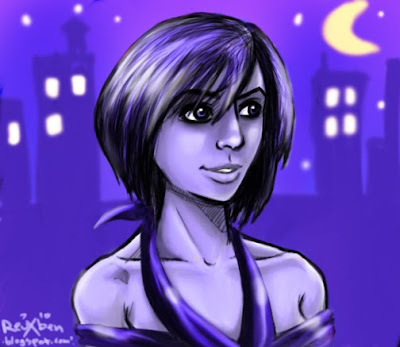 Good morning, Sports Racers, Knowledge says you cannot win if you do not play, so play to the death.

A warm up drawing that turned into coloring practice. It's the hardest part. 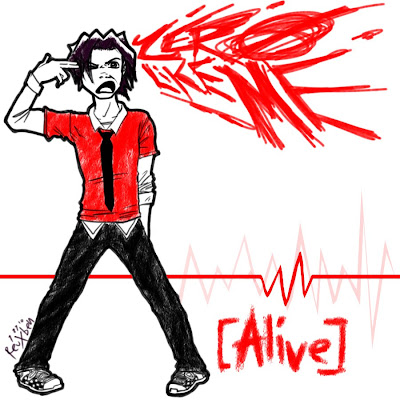 Got back from Comic-Con. Exhausted. But we're back in the saddle, eight million times wiser after shoving my stupid little drawings in front of paid professionals for the past four days.

By Friday night it was looking grim, Saturday night was just about the nail in the coffin, and I was ready to shout I Told You So to anyone who believed in me, but Sunday, man...Sunday went freakishly smooth and ended my hazing on a ridiculously Hollywood-ending series of high notes. So now I've got a game plan for the first time since do-well-in-high-school-to-get-into-a-good-college.

"You've got a future, and I don't normally say that." -- Steven T. Seagle
See you in the future, then. Even if, well, you know.

In case there's no Internet in San Diego, as I strike out to make my fortune at Comic-Con, this is an automated post from the past...Hello future me, are your dreams dashed yet?

This was one of my very first drawings on my tablet. 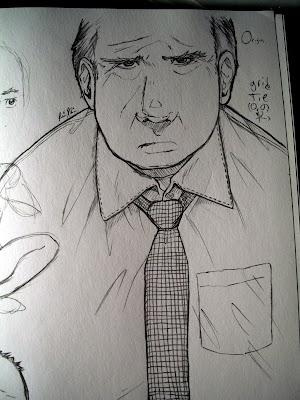 I am now off to go get torn to shreds by professionals/editors at Comic-Con. I'm doing this not to get my foot in the industry, but simply because I like the abuse...

In the meantime, something from my sketchbook. 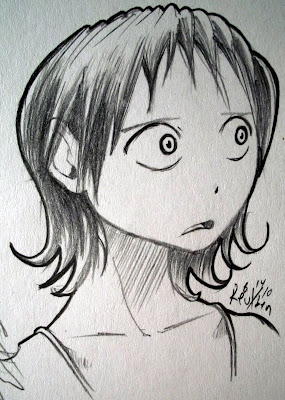 I go to San Deego now, Papa. I get reech at Convention of Comic-Con!

You will not worry! Papa!! 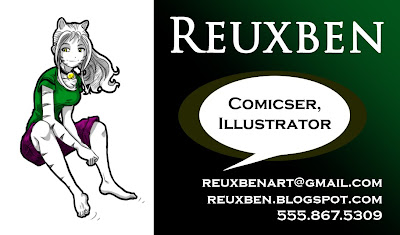 Hello. My name is Reuxben and I despise the word "cartoon."
I pretended to study "literature" at a small college in Connecticut, but I really just drew a ton for the Yale Daily News (where I started Zero Like Me), the Yale Record, and beyond, culminating in a retrospective artbook published through an unprecedented comics grant from my residential college.

Please click around this site for more art samples, check my portfolio, and please don't hesitate to get in touch for more information. 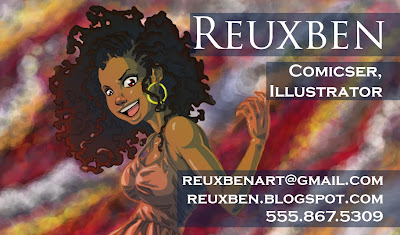 Comic Con is coming up.
Are you frightened yet? 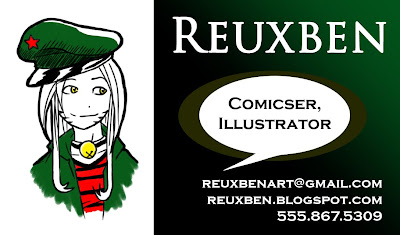 Everything is riding on this.
Are you sweating yet? 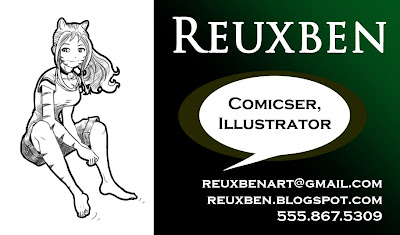 You need to schmooze like insanity.
Are you hollow yet? 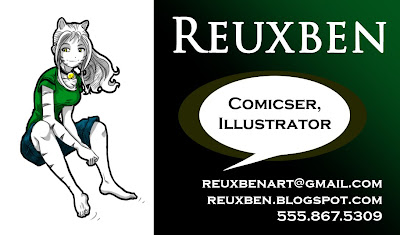 You need to settle on your two-bit card design.
Are you decisive yet? 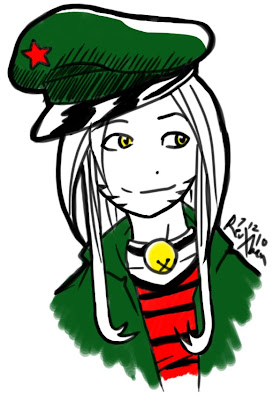 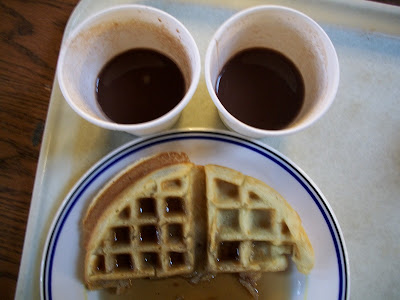 You ever get that feeling
like everything's gonna be
all right? 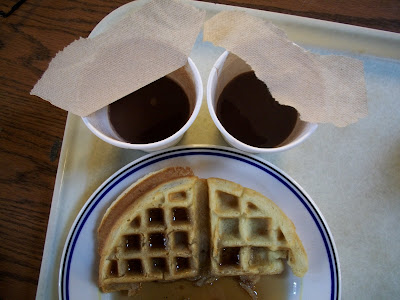 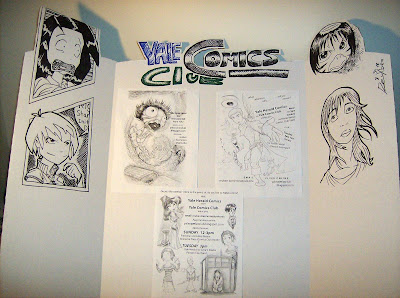 These were some old posterboards I did for Yale Comics Club's booth at the Freshman Activities Bazaar. I wanted ours to stand out from the mob of posterboards, and I'm happy to say we succeeded: people would swing by and at the very least just glare at our poster from afar before carrying on dismissively. Oh how they would uncomfortably giggle when they realized that I realized that they had no intention of actually coming to our table (I would shake my head disapprovingly once we made eye contact).

Anyway, the above was my first effort at an unconventional poster. This mighta been how I met first total-stranger fan, actually: someone at the bazaar recognized my [first] OriChar, Kelly Ryan from Darling Find, on the poster so she came up to me to tell me she like my comics! Aww! 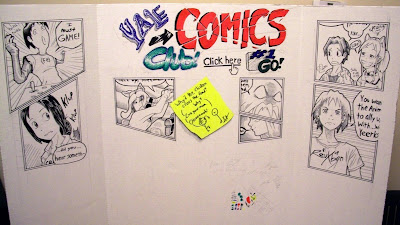 This was our most recent poster. This time starring Zero Like Me's dynamic duo with a featured spot going to the putrid mr. jack kelly, and guest spots for some other characters and random blown up panels and sketches. The blank bottom parts were to be covered by flyers and stuff like last year's. Drawing at that scale and with sharpies is pretty forgiving, so it's not as intimidating as you might think; it's actually pretty fun. It's just tricky and achey drawing that big on weirdly-shaped cardboard, but imagine if we had a team working on this rather than a soloist. 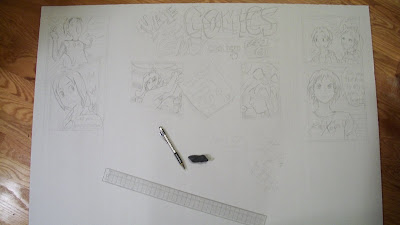 Anyway, another successful poster. I hope they continue experimenting in the ensuing years... 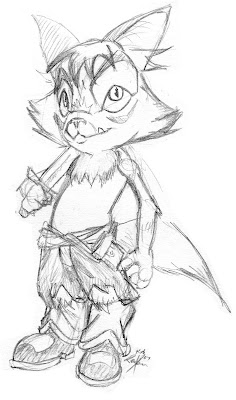 This is an ancient char design, from when I was planning my very first narrative comic. I used Darling Find to stall for development time, but the dummy series ended up running the full season, went pretty well, and was my first taste of success. So this guy's story, BLR, ended up being too big for the Herald, so it never did make it to the show.

Currently working on a terrifying, super-traditional drawing, so I've been away from the tablet for a while; I actually had to get re-used to drawing on paper after all the recent tabletting. It feels so archaic to use paper. Layers is the noise... 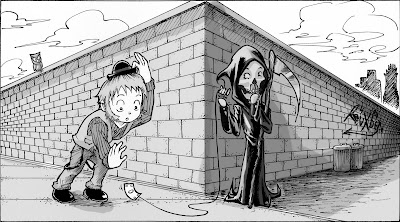 Forgot I had this--it's the recolored/book version of that Death piece I did for the Yale Record.

Do you ever get scared drawing something? I do. I am. Coming soon. 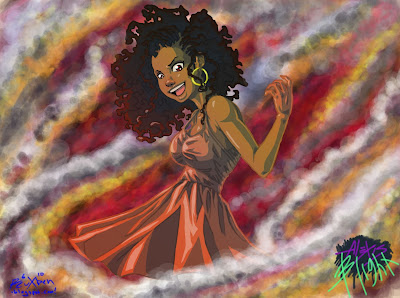 This is my first real try at cel shading style coloring, starring my second-favorite Harvard rat, Alexis Blight, who seems to have set stuff ablaze in her Crimson-fury.

Fun Facts: Alexis Blight enjoys shopping at J. Crew and repping for Harvard, especially at Yale, and especially in front of Zero Zetsubo (the embodiment of Yale's collective imaginations, hopes, and fears, donchaknow!). Alexis Blight is one of those names you always have to say out in full. Like Cher.

Baa: As a weird hobby, I collect depressing memories, and one of my crown jewels comes from perhaps the most depressing place I've ever been: Harvard University. No joke. Made me just want to etc. etc. etc.