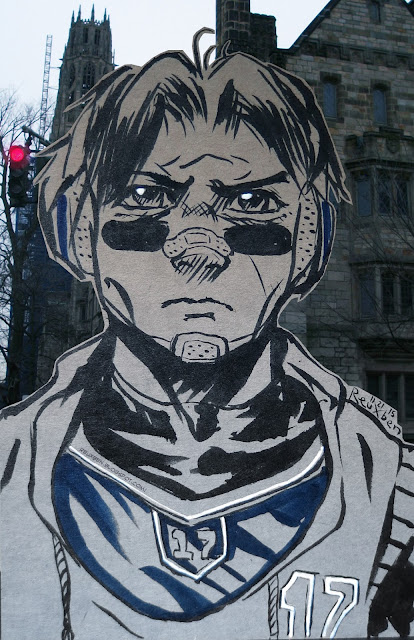 Don't need to be from the future to know how the Yale-Harvard Game goes in 2015... 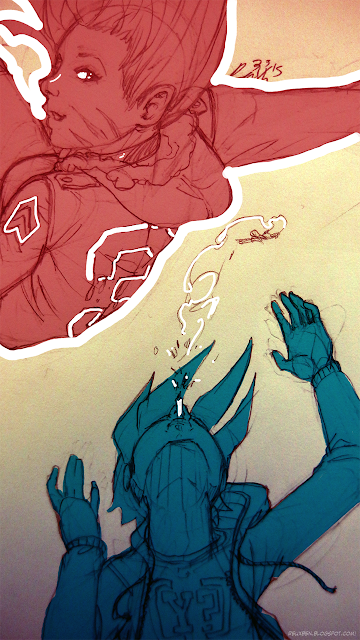 Never outgrow these guys. A desire, statement, and imperative. 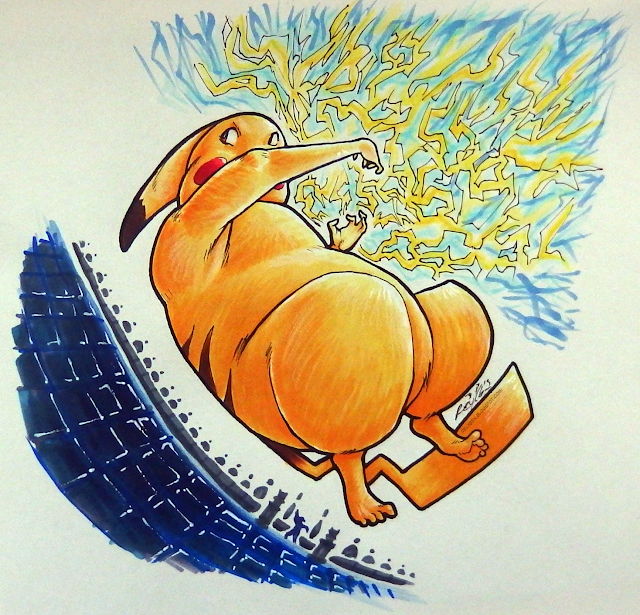 Drawing Pikachu cuz it's the only pika one could chu. Also wanted to give some rarely used Copics a chance. 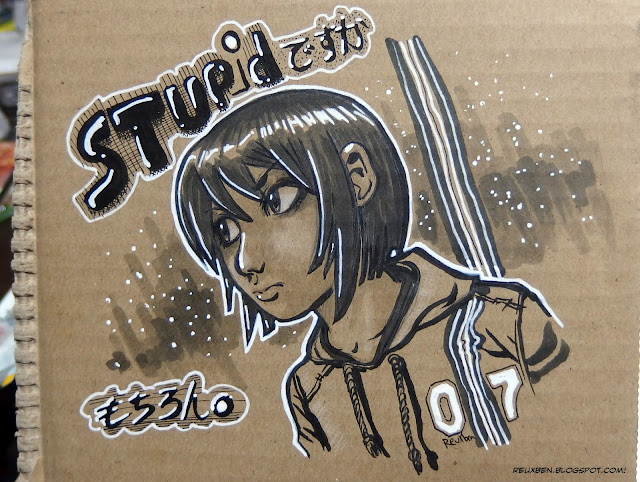 I wanted to mess with random Japanese and a dumb sketch on a piece of cardboard I had laying around. 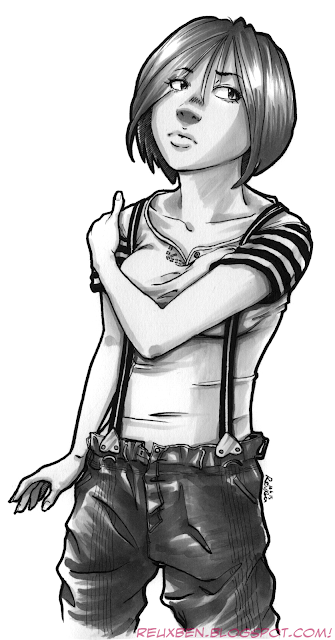 A little Inktober 15 piece. The past future and further future collide into mediocrity. 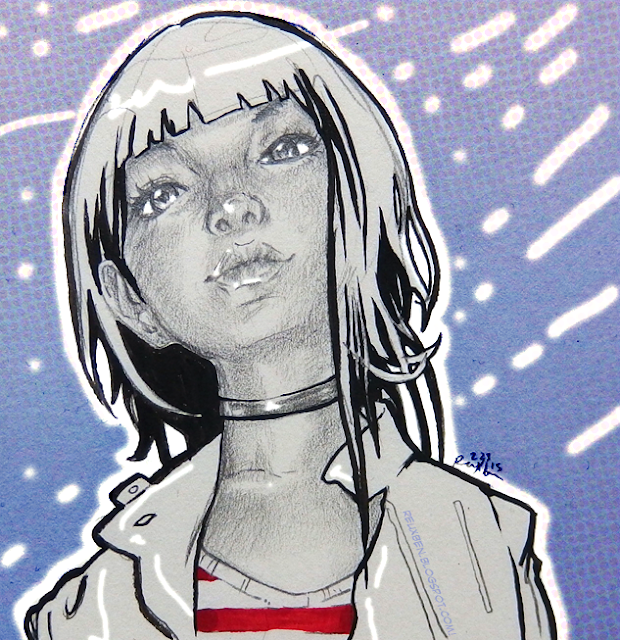 Studying a piece by kr0npr1nz... 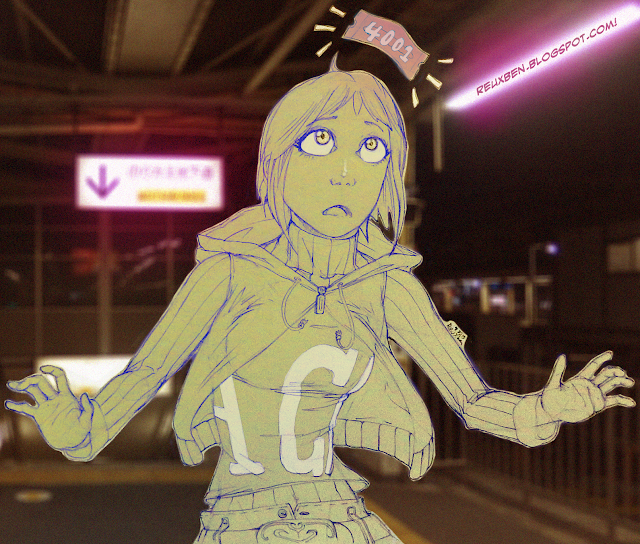 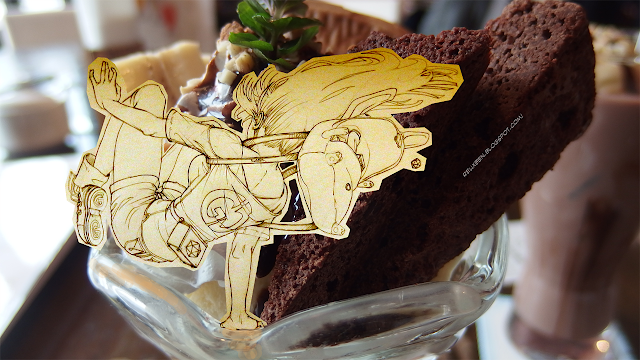 I got to talk to one of my art heroes here, too. Did that really happen? 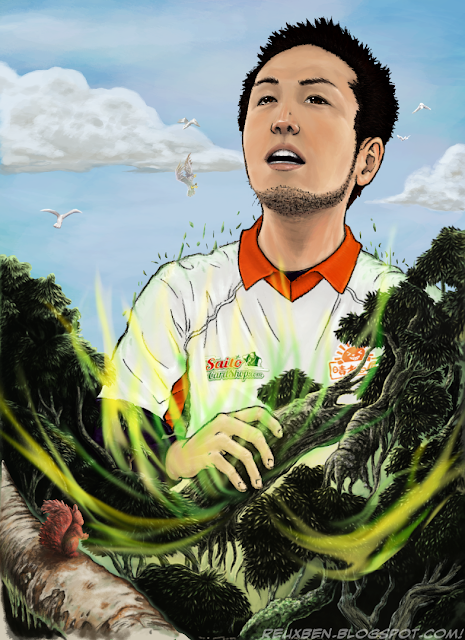 This was one of three commissions I received to design Hareruya player cards. This is the head honcho himself, Tomoharu Saito. You can win this series of player cards from their lucky pack dealio by scoring a B (or higher, I imagine). 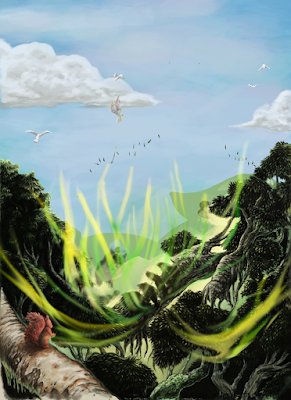 Here's what the background looks like. I always think its neat to see the stuff all out of context. I really had fun with the front branch, oddly enough. The trees were tedious but fun, too.

Easter Eggs: My favorite mana symbol in the clouds. 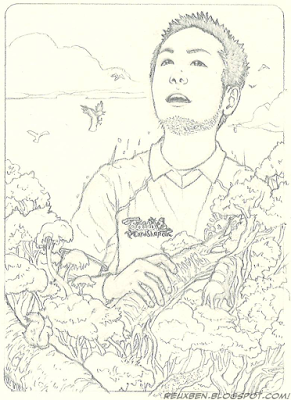 And here are our pencils. The brief was to reference his old Stompy days, so we were to reference the old Might of Oaks of that era. I even worked the squirrel in there. 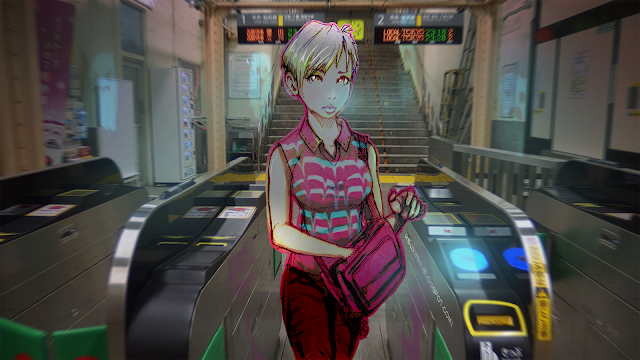 I tried randomly mixing some sketches with photos I've taken one day and they came out pretty neat, certainly a change of pace. This one was from a photo of a station I hit after FNM sometimes.

As I noodled with the photo, it felt definitely horror-capable, so I tried to see if I could turn the image into something out of like a horror-survival game or something.

The drawing was the lingering first sketch from my current sketchbook. Or I guess the one before the current one, I'm working on like three simultaneously. 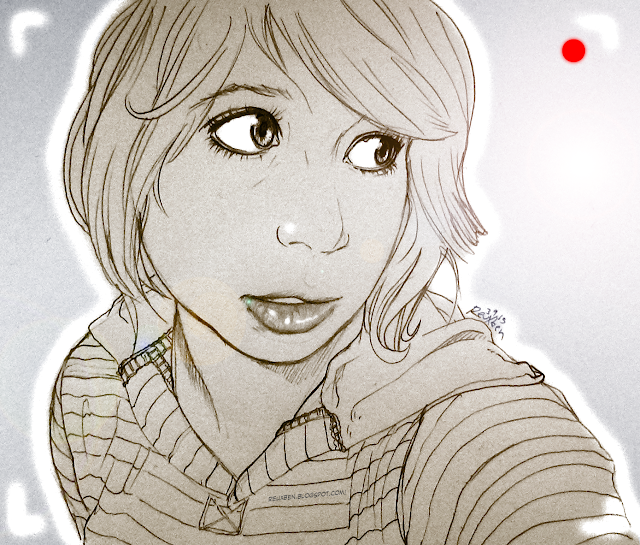 A quick drawing of one of the best, most engaging youtube personalities out there, Megan from Card Shop Life.

Someone I know is trying to do a painfully weak impression of her and it is quite irritating. Send help. 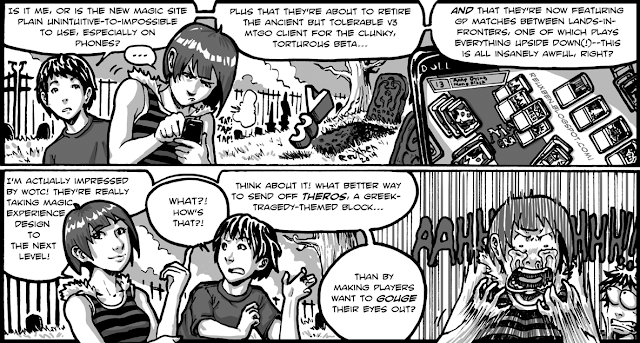 This was our third Hareruya comic for our Fear series. This was in the grey audition piece area. It's been so long, I don't exactly remember what the situation was, but I believe I wanted to see if we could churn one out on a timely theme again, this time about the impending retirement of MTGO V3 and the horrific status the website was in and still is in now as of this writing (4/7/15). 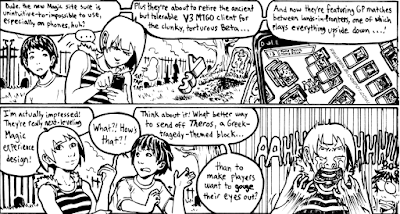 This is what the raw inks looked like.
Fun Facts: The game state is actually taken from the match in question. Some obnoxious guy was playing all his cards upside down in an exceedingly cute way that assumes his opponent has no knowledge of the game to meet him in a feature match, so he is helpfully letting the opponent so freely access the information his cards coyly protect when viewed from traditional angles. 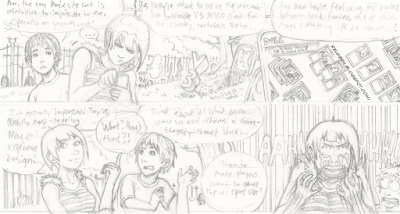 Here are the pencils.
Not to give his opponent a pass, she was playing with lands in front as well, though with the traditional degree of dirtbaggery that doesn't involve 180 degree card flips of help to no one and which no one asked for. So they should all be DCI-banned, is what I'm saying.

Anyway, this one also didn't end up making print as they were still pondering how to implement comics, I believe...wasn't kept entirely in the loop. 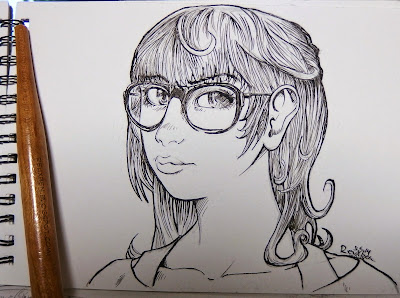 This is the thrilling pen I was using for Inktober 2014. This was also one of the first pieces I did with it. I'm not entirely sold on them, but I do love the feel of the G-Pen, and I imagine it could be a main weapon given more practice and comfort. For now, I feel a little shaky or just like I'm forced into uncomfortable or unnatural strokes, but that might be due to not having much space to maneuver my drawing surface. I also have that constant nagging worry I'm going to smear the just-dropped ink (no nightmare scenarios yet, though).

I drew this in my smaller "mobile" sketchbook and the ink works well with such sturdy paper, but as I would later learn, it would be a bit harsher on my softer desk-sketchpad paper.

This girl looks like someone who'd be working at the Yale Herald, hence the name. 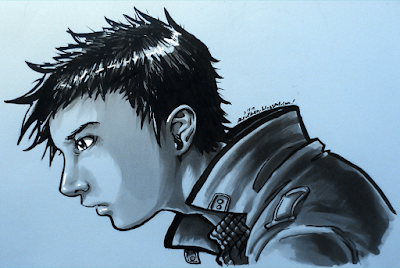 Drew this to mess around with my new copic sketches in concert with my new fuda-pen, I guess they call it? Was thrilled to see the ink didn't smear. I inked the entire thing with that pen, no fine-touch copic inks. So all and all a successful experiment.

Also it's called Cowabunga cuz I was listening to this a lot while drawing it.

Kinda reminds me of Jhonen Vasquez.