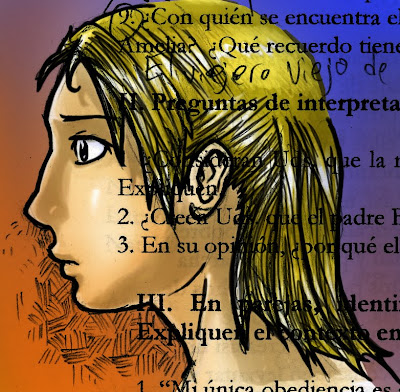 More coloring practice, this time off a sketch of a classmate from my least favorite part about my Yale education: Spanglish class.

The pun is based on Tara Strong, the voice of Ben from Ben 10, one of my top favorite animated shows. Also had one of the best theme songs, too. I haven't really been able to get into the spin off series, though.

Haven't slept in over a day as color practice continues. Really happy with how my next one came out... 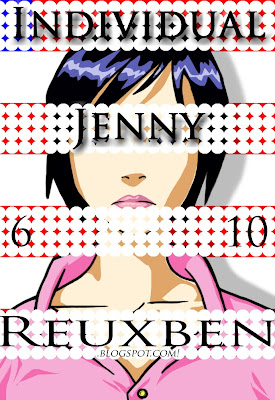 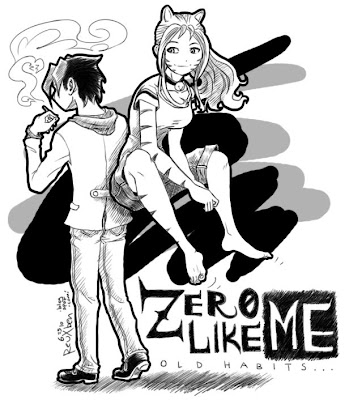 Old habits. They die hard.
More jijital jrawing practice, this time with multiple layers, which feels like the way to go; getting the hang of this, kinda.

Now to work on coloring... 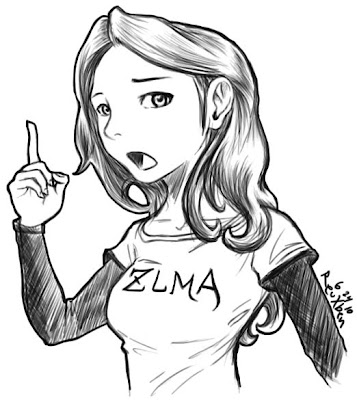 A sketch from today's tablet practice.

I'm trying different methods to help figure out how to draw on it like I do on paper, but I fear I should probably just make a point of focusing on getting coloring down.

But for now, this is "penciling" on one layer. 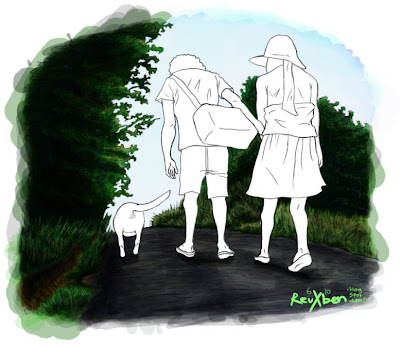 This is my first totally digital/tablet-drawn artwork, inspired by the impending adventures at:
clemenrich.tumblr.com
I bumped into both of them at a Stray Balloon show one night, and they're absolutely wonderful. Well, they need funding for their noble adventures, and if you feel inclined to learn more, you can find their pitch here. You might say they're kinda like the real-deal, truer Movement for Beauty and Justice--like, everything that organization should have been, you know? Anyway, they're pursuing something neat and worth checking out.

If you don't want to just give money away, you can always get some of his tunes for your trouble, which he's graciously offering for free now, so maybe that can be your sorta tote-bag free gift thing you get for donating. Like donating to PBS but with more rock and less Lord of the Dance. 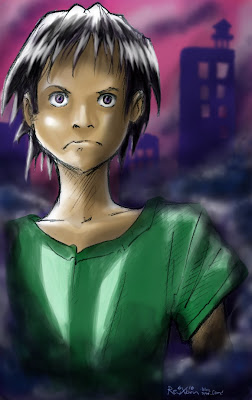 After some sage advice and some thankfully saved funds, my tablet, an Intuos4 (m), arrived Thursday, so now I need to get used to using a tablet asap--here's my first tablet coloring.

Now we just need a working scanner and everything'll be jake... 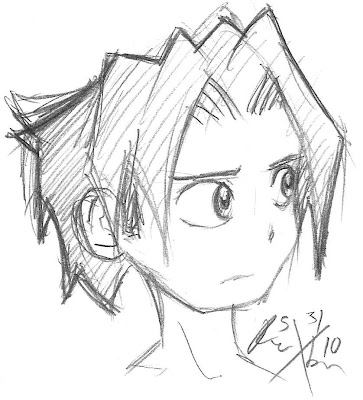 We don't have any money, so I'm testing out the family printer's scanner after the revelation that I don't need to buy a dedicated scanner when our printer/faxer can scan, too.

Emphasis on the past tense.

It no longer works...

Hopefully this gets resolved soon so I can get drawings out to the people who need them... 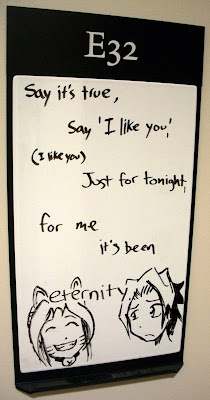 I slept in my own room and on a bed less and less regularly after Spring Break, opting to sleep at a desk in the JE library so I could always be close to JE's desktop publishing computer, its ample workspace, and the scanner.

I listened to Motion City Soundtrack while I drew my life away.

Wouldn't trade it for the world. Would do it all again in a heartbeat. 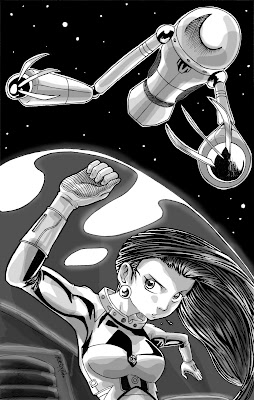 This is the book version of this piece, my final Doggie Mojo installment for the Penny Dreadful.

So I've been in a drawing funk recently. I don't have that same hunger from back when I was in college. Speaking of which, it's so ridiculous to think of myself as an alumnus, you know? To be fair, I felt the same about being called a college student till around late sophomore year; I felt like I was a high schooler who had sneaked in somehow. It sucks now cuz just as soon as you think, Man, I can't wait to get back in the fall for that crisp New Haven autumn, you realize, No, that's it, man.

Watching SNL always reminds me of Yale, because it was one of my first memories (t)here. As a Californian, I was so excited to finally see the show on East Coast time. And I remember watching it in the beautifully cave-like, original JE buttery, and then later in the cold, empty husk called Swing Space, and feeling so unbelievably at home, more than I ever had anywhere else.

Call me psychic, but can I call it or what? Yay.

This is Maddie the Hag, my version of the Wicked Witch of the West from my Wizard of Oz redesign project in my Literature for Young People class. She operates as a symbol for waste and general irresponsibility, which was actually kinda fun to think about since I'm usually quite self-conscious about being wasteful and all that.

I feel like it's midterms--there's so much to do and it's all sorta due at the same time. I have to figure out what the highest priority is, but it's a really tough call since there's no clear cut distinctions. So I'm sorta paralyzed with what to do and when. Plus my little studio here is awful. I literally found cat pee on some of my stuff the other day because that's how our new cat rolls. Funnily enough he peed on my diploma case thingy.

This is my version of the Scarecrow for my redesign project for the Wizard of Oz. His name is Kashi and he is probably my all-around favorite character. The professor liked him the most, too, out of all the other designs.

Kashi is the unwitting brains of the bunch. After years of feeling ashamed of his carnie-roots, he resolves to run away from the circus to join an accounting school. Along the way, he accidentally ends up joining another circus. Eventually Kashi meets our heroes and they convince him to join them on their quest to find the mystical, mythical Mage of Z.

Everybody's looking for something. Sweet dreams, 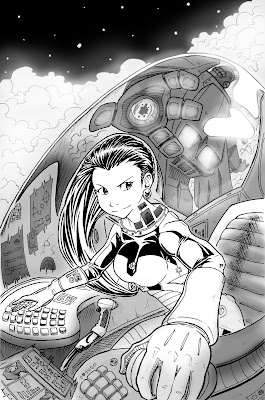 This is the book version of this piece, my cover for the Penny Dreadful.

The Penny Dreadful, alas, is likely on its way out of existence. I was with the publication since issue two, and I'm so proud of how far we came, but unfortunately I have a strong feeling it's going to die out by next year. I believe there's two people who could save it, though: him and her. But who knows.

Good news, bad news, GO!
Good News: I'm officially, tangentially a real-deal published author--I noticed this piece got published at McSweeney's! Yes, it's written by our old Record Chairman, but I pitched the original idea way back in the day and I even got to illustrate it. This news is particularly cool because the original ran back when the Record was still heavily rebuilding, but the piece was definitely one of the outstanding ones. And look how far the Record's come, too; it looks set to really thrive now. Absolutely awesome!

No pressure to go pro, right? 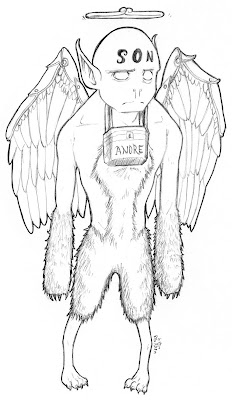 After three years of trying, I finally got into "Literature for Young People" last semester. For my final project, I re-imagined the Wizard of Oz as a Shonen-y title, the Mage of Z. This is my revision of the Winged Monkey. I see them as a clan of cursed Imps, who with fierce, blind loyalty obey the orders of whoever controls the Golden Cap that enslaves them. This is Onceproud the Felled Tyrant, Fallen King of the Imps. Other designs are here and here.

If you ever want to read the actual Wizard of Oz, don't. It's such an incredible let down from everything you imagine it to be, not only because of the implacable hype your imagination builds, but also from the text itself--Baum literally has all the cool stuff dangling right in front of you and then right as you're about to get to it he just moves on. I am not exaggerating--like, there's a scene of an impending battle with a deadly, giant spider, and it's dealt with in literally like one sentence. Another sequence that gets passed over is a series of attacks by waves of forty animals that are dealt with in just a few sentences. Those are just some of the battle-related glossing-overs.

There are many cool things promised in the book that just get completely passed over, like the guy had somewhere to be that night he was writing so he just stopped writing. So out of that frustration reading a so-shoulda-been-cool book, I put together this project, and hope to share some of my designs.