Where dance meets stick up. 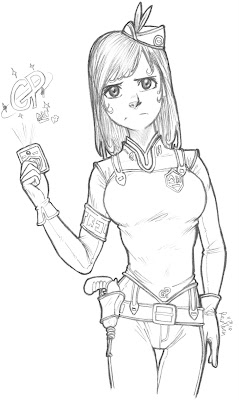 Pull over, lead-foot, license and registration!

This is my final drawing from the Leverett Sessions at Harvard. By this time in the "night" it was like 8am, the phenomenal Phineas and Ferb was on, and I decided to try figuring out what a "Galaxy Police" costume might look like.

Tenchi Muyo was when I first heard of such a thing as Galaxy Police. Since then, they, space pirates, bounty hunters, and sci-fi thrills have always been something I've wanted to work with creatively.

So I wrote this story and my professor, a world renowned SF/F writer who I expected to tear it apart, liked it so much that he recommended I turn it into a graphic novel! I could use a new hobby...

A quick draw is the best defense. 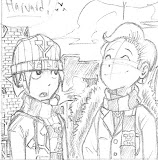 Email ThisBlogThis!Share to TwitterShare to FacebookShare to Pinterest
Tags: Alive, Conan, Digital, Harvard, Making Of, The Game, Zero Like Me

Ok, so the Removal comics factory is currently down, but in the meantime, we'll buy time with some drawings, like the good old days before I really dug into comics. (I'll announce up top whenever a new comic launches as we play catch up.)

This drawing comes from the time I had to stay up all night at Harvard's Leverett College*. I camped out in the JCR (sigh..."Junior Common Room"), stashed my stuff on the couch, and drew to the soundtrack of their massive TV till daybreak. "Lockdown," that documentary series about life in high security prison, was on and I don't know why it's so fascinating, but it is.

Anyway, this one inmate's last name was "Shiverdecker," which I found incredibly unique, novel, and evocative. Imagine how his family got that name...pirate roots? Anyway, "shiver" indicated I go for a blue vibe.

As far as commentary on the lines, I decided to see if I could capture that wacky Japanese street style I saw when I studied abroad Summer '08. I love how they boldy make all kinds of random, weird, ostensibly awful fashion choices come together and really sing.

They also seem to have a thing for message T-shirts, especially things involving love, particularly the phrase/idea of "Peace and Love," as well as a famously peculiar tendency in translation/phraseology. Scroll down about halfway here for a chortle involving a little Japanese girl with a big, oblivious attitude on her shirt.

*I don't refer to TD's sister college as a "house" because when I heard a Cantab ask some JEsters "Does anyone know where TD House is?" I thought it was a hoolarious example of how our Ivy cultures innocuously clash.

Email ThisBlogThis!Share to TwitterShare to FacebookShare to Pinterest
Tags: Alexis Blight, Alive, Harvard, Making Of, OriChars, YDN, Zero Like Me 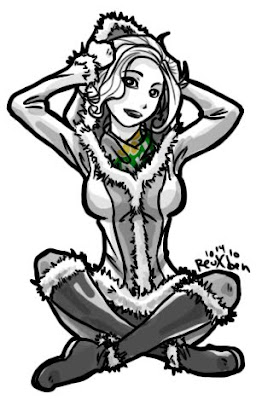 I recently got terribly close to booking my hugest deal yet. This Danish company via a New York advertising agency wanted me to design a mascot (Saga) for them.

This latest brush with destiny came like my other nigh-pro experience, via a Yalie who noticed my work and passed it along. Thank you, T.P.!

The company ended up going with a video promotion rather than print, so I got the ax, but these were the brainstorming sketches I submitted to get the design process going.

They weren't too specific, but I kept getting notes about how the client is "Danish," which I thought was a polite way of asking me for a blonde/blue design, after a google-image of "Danish people" revealed mainly that.

The other bit of description was that they wanted the costuming to be Eskimo-y but at the same time for her to look like a "Vargas girl," which was mildly confusing since it's kinda like asking for hot ice...she's supposed to be bundled up, you know? Anyway, this audition was on really short notice, so no time for questions, just draw/color like the wind!

I don't like how this Katara-influenced Saga turned out... 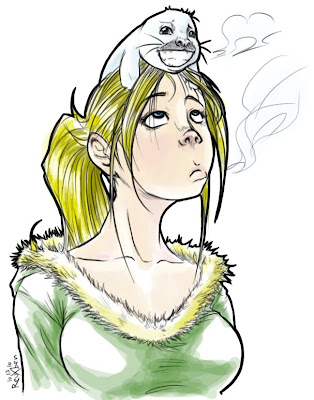 This one's my favorite. We're fully incorporating the logo's colors, and I'm drawing the same way I drew the faces on my very first purely digital comic, which is my favorite way to digi-draw: with pressure-sensitive opacity, you get to really simulate pencil drawing; feels way more expressive, really fun.

They also talked about having a baby seal as Saga's companion, so these last two brought him into the mix. In my head, the first seal design was a burly little baby seal from the Bronx or something, while this second one is more of a realistic, cute baby seal.

I was marathonning these designs after finishing a comic, so I was super exhausted, and only had time to turn in these four designs, but it ended up looking pretty ok. I loved that I got to play with Oakland's colors, which is my home team, homie.

And so ends the Saga saga.

Don't make me smack that smile off your face.

Email ThisBlogThis!Share to TwitterShare to FacebookShare to Pinterest
Tags: Alexis Blight, Alive, Color, Harvard, Making Of, OriChars, Zero Like Me 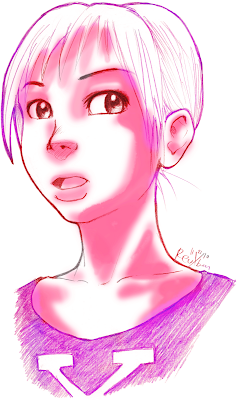 So I was away this past weekend doing some field research. A part of it had me spending up some 28 hours, mainly at Leverett House. I had dinner and breakfast there, both featuring food I've had at Yale, and I have to say Harvard smoked Yale, no contest, on almost everything edible. They even have chocomilk in their dining halls. What kind of non-Commons caveman state is the rest of Yale in? No, choco-soy milk doesn't count, hippies.

The soft-serve and the hot-choco weren't as great as Yale, maybe the eggs, nuther, but everything else was miles ahead of Yale. I thought Yale's French toast rocked, but dude, they had real-deal FT up in that snitch. The Chicken Parmesan was just as surpassy to its Yale counterpart, too. They didn't have OTS (organic tomato sauce, for the laypeople), but their spaghetti sauce was as sweetly tangy as OTS on its best "candy days," as I call them. On top of that, Lev (home of the fightin' bunnies/hares/whatevs) was considerably more hospitable than JE's ugly sister, Eliot House. 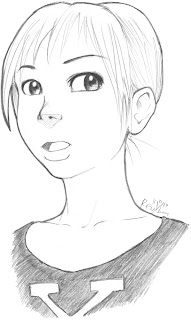 Everything was better this time around--actual heat for the Common Room I slept in on The Game-eve, and incredibly hospitable students for the most part (met some of the dullest H students yet: I'm dressed in my Yale sweater with my Yale hat and Yale scarf and I get countless curious Cantabs asking, "do you go to Yale?" sans sarcasm. One even asked me to swipe them in somewhere and I had to point to my sweater and read it aloud before she realized what she was asking...just wow.)

Anyway, I met a super nice Harvardian named John, which I thought was funny because it's like meeting a Yalie named Elihu (plus it's such a refreshingly generic-sounding name), and we spoke at length about being minorities at the only Ivies that matter and more. Turns out he tries to look extra nerdy walking around Cambridge at night, to look like a less threatening black Harvardian; and I try to look extra tough walking around New Haven at night to look like a more threatening Mexican Yalie.

From our talk, I learned a lot about Harvard. Long story short, while Harvard's food is incredible, everything else just doesn't have as much appeal as Yale. I probably wouldn't even be drawing if I went to Harvard--he confirmed my suspicion that Harvard is just too track-oriented, whereas Yale is more about find yourselfism. Yalies are more willing to let academics slide to put heavy effort into extracurriculars, but it's the reverse at Harvard. John says they're greatly pre-law/med/business, so "you have to keep the numbers high." And in fact, even if Harvies are involved in a bunch of extracurriculars, he says that many are simply nominal members at most with nearly no true participation.

The funniest thing is that regardless of how pointless the organization, Harvard students always make sure they're funded, so the business boards are always the toughest positions to get because they always matter. It's so funny because at Yale it's almost as if business boards are after thoughts--the Yale Record struggled with this for a long while, and it's still not even quite there yet. The Herald is kinda iffy, too. But Crimsonians make sure their organizations are well funded before they even debut.

Ok, the wordcount on this post is embarrassingly high. So just a quick word about today's drawings--I drew them while camping out at Leverett House Saturday thru Sunday. I thought I was tasked with watching some Yalies' gear, so I decided to just stay up drawing all night and watching Cambridge TV. Highlights included "Lock Up," a documentary on Latin gangs, a Masterpiece Theatre movie about a murder, and a community access movie about a murder. Lots of murderers...

Turns out the gear I thought I was supposed to watch over belonged to some totally different person, but I was still stuck at Lev till about 4pm Sunday. More drawings and gossip from the Lev Session to come. 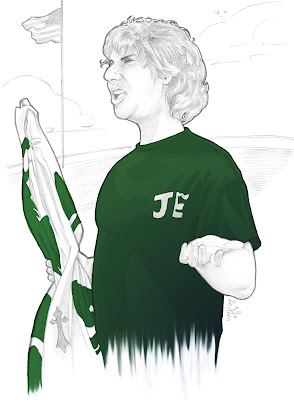 I made a lot of mistakes.
Chief among my innumerable regrets and shortcomings is not being able to open up to people in a more meaningful or even in a merely more direct way. There are so many people I know only in passing, but I'm too wrapped up in my mind to hazard any further.

One Friday morning I was literally in line at Commons next to someone I've wanted so badly to talk to, someone I respect so much, but I couldn't get myself to even formulate a greeting. This after we had just spent a good ten minutes in that same small foyer waiting for Commons to open. This after being two of the few (the proud) Friday Morning Commonsers all year. It kills me to this day because even in that moment, as I was swiping in to breakfast, I was thinking,

Wow, this is senior year and I'm probably never leaving California again, let alone ever returning to the east coast, and I am choosing to let this moment pass unpursued. Wow. 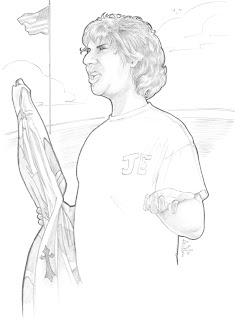 All things grow.
I've never been too crazy about small talk, but I remember it was around fifth grade that expending serious effort to chitchat became beyond me. But now, some 12 years later, have I improved? Sorta. Maybe not.

In some ways Yale was the best part of my life. In other ways, it was such a monumentally blown opportunity. I avoided eating at JE because I always felt like such a fool going there, so it was kinda funny when I learned from some Yale archives one night that JE students were not originally called spiders, but "Jesters."

That's an actual shirt design people wear to The Game. 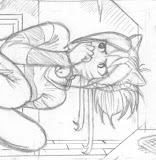 Email ThisBlogThis!Share to TwitterShare to FacebookShare to Pinterest
Tags: Alive, Digital, Harvard, Making Of, The Game, Yale, Zero Like Me

Shirk that wort and work that shirt.

What's this Prinstown you speak of?

Email ThisBlogThis!Share to TwitterShare to FacebookShare to Pinterest
Tags: Alive, Conan, Digital, Harvard, Making Of, Yale, Zero Like Me 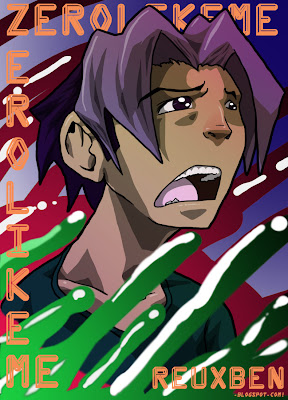 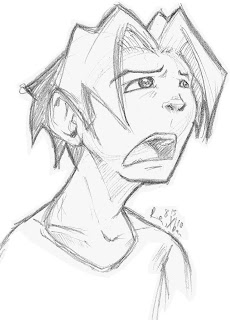 So we scurry on
as we hurry on
in a furious flurry
of blurrious worry.

Art is the weapon,
but
my aim needs work.

Hate it when that happens.

Email ThisBlogThis!Share to TwitterShare to FacebookShare to Pinterest
Tags: Alive, Digital, Garry Trudeau, Making Of, Zero Like Me 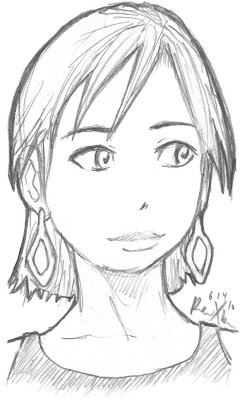 Drawing on Friday nights is the only way to fly.

How much would it suck missing out on your only chance to meet your hero?
Answer: A LOT. 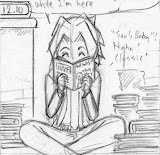 Email ThisBlogThis!Share to TwitterShare to FacebookShare to Pinterest
Tags: Alive, Color, Digital, Garry Trudeau, Making Of, Zero Like Me 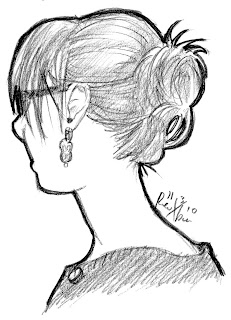 And so on and so forth.

Light 'em up, just stay the fluff away from me.