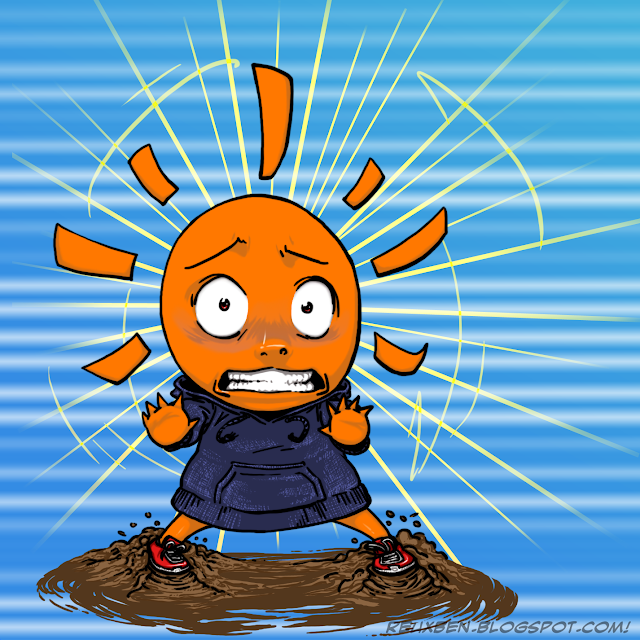 The final colors of this fully digital piece.

It was for some flyer about a dangerous street corner or whatever, and he's wearing one of their sweaters.

Notably, I was using my pre-KNKL coloring style, which I learned from studying Chamba and other cel-shaders.

After watching KNKL, I learned there was a bit of a cleaner, tweakable method using clipping masks. 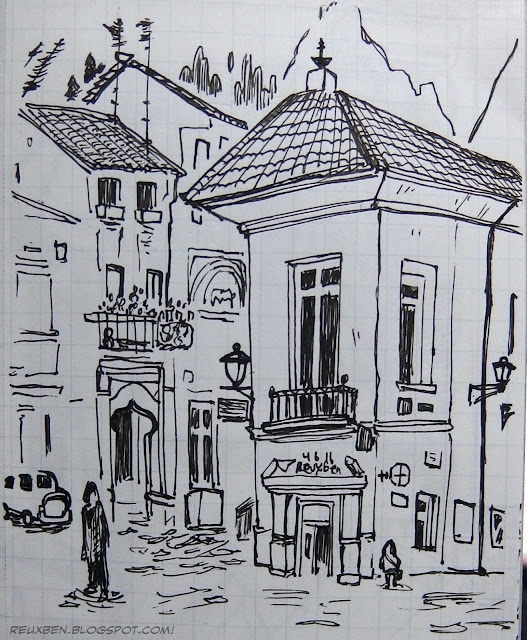 Another ballpoint study from the riot.

I was listening to an old MTG Potpourri while drawing this, hence the title. 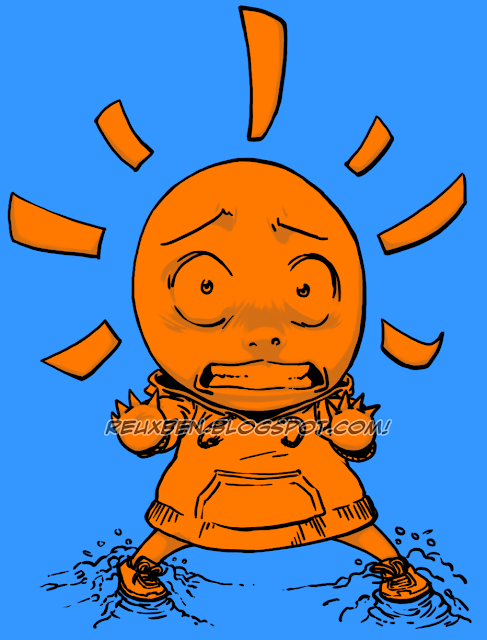 Linework for a dealio. 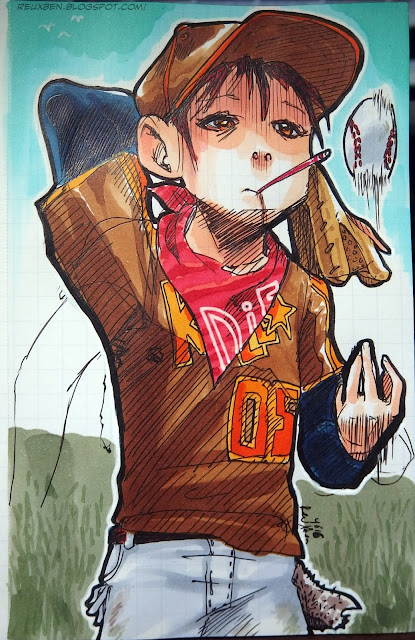 Son, this ain't little league; if you suck, get off the diamond. 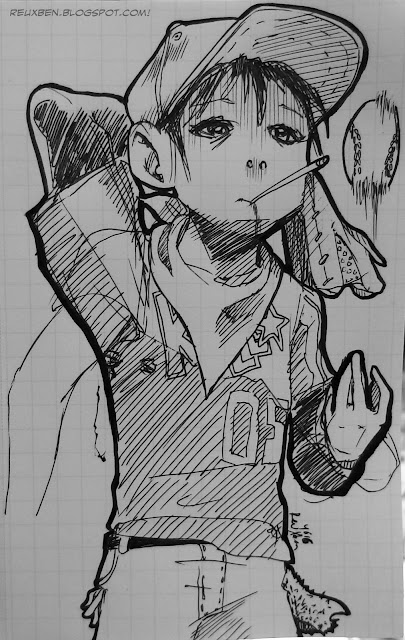 Just drawing random stuff and seeing where it goes. Wanted to try like a bandana and like a tough girl, and then baseball got in there somehow. 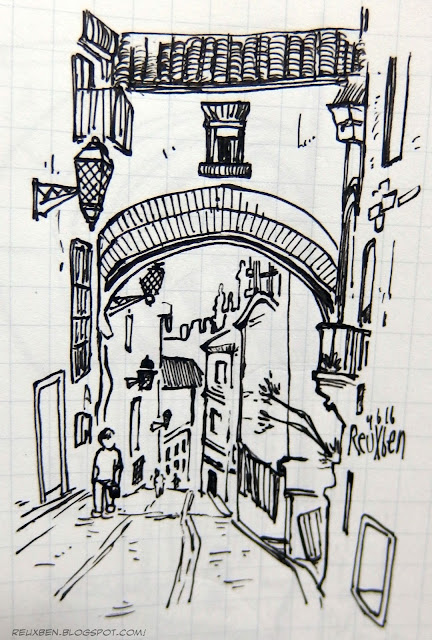 Environments aren't toorribly interesting to me, but it's not like I hate them. Backgrounds have actually been my bag, but I enjoy drawing them more as an OCD sort of pursuit of perfection, not so much for the sheer fun of drawing settings themselves. It's just a service to make the characters look better, and I love characters first and foremoist. 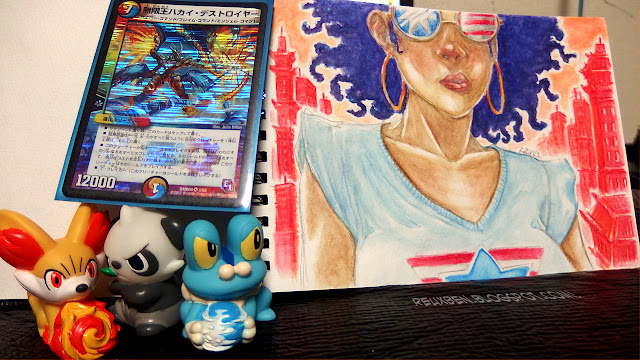 Found a photo of an old watercolor painting I did in '14, Fourth of July-themed.
I remember painting this in a Sukiya. I used to camp out there while eating the Mega Cheese Curry (thing is yuuuge), and after missing the last train home one night, I eventually discovered I could use that place as a sub-1000-yen hotel! Just buy whatever you want and you can literally spend the night there since it's open 24 hours! I later would use this sick tech during prerelease marathons rather than make the commute each day.

In fact, here's how you hack prerelease marathons in Tokyo: just hit the FNM leading right into the midnight prerelease (there's usually about an hour after FNM to eat at the local 7-11 or Family Mart before the midnight event), then jam the midnight until morning, then ride around and sleep on the train for a couple hours before the morning's Day 1 (I recommend getting onto the Tozai Line and riding that full circuit up and down since it will lap right back to Takadanobaba just in time), hit up the Saturday prerelease by no later than 30 min before doors, then when the day ends you pop over to Sukiya for a bite and a sleepover, get your boot back to the Sunday prerelease in the morning again by 30 prior, and then by the end of day 2 you're back on the train headed home like you just pulled off a heist. A reeking, stinky, sweaty heist. Don't forget to pack your infinitely futile Japanese deodorant. But it will do you no good, naive child. 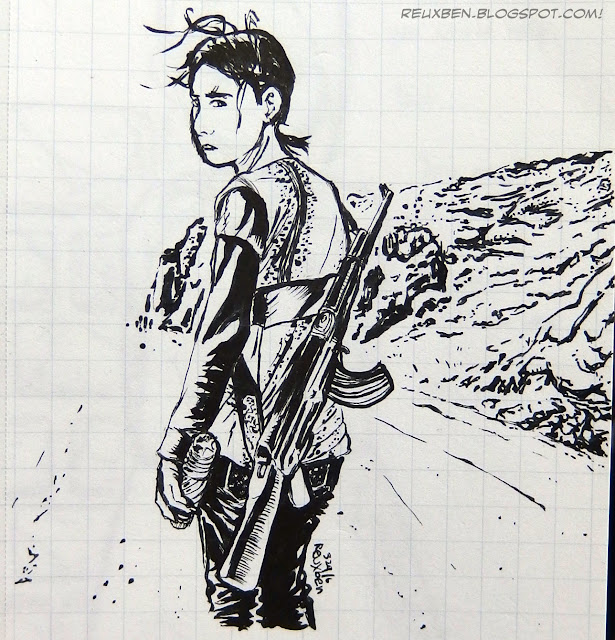 One of my favorite words is "Bosnia-Herzegovina," just based on of how Christina Ricci pronounced it in that one SNL skit forever ago. I had no idea what that skit's context was back then, I just remember how funny the word sounded to me as a kid. Now that I'm older, I'm pretty sure it was about some awful human-rights crimes or war or something...don't want to look it up.

Anyway, long story short, this is a fudepen study from neat photo I saw one time. 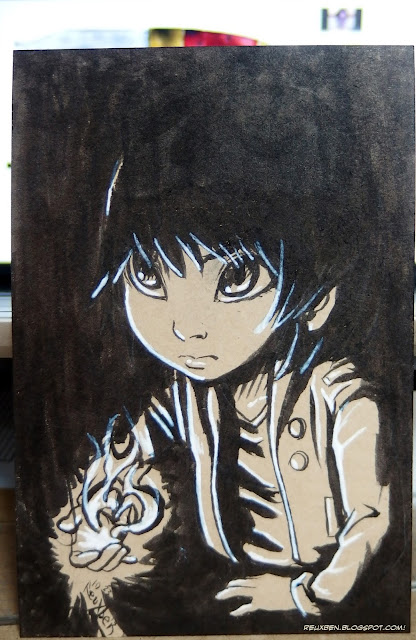 Just getting rid of this hideous thing. One of my least favorite drawings of recent memory, done for Inktober '15.

Not enough black ink in the world. 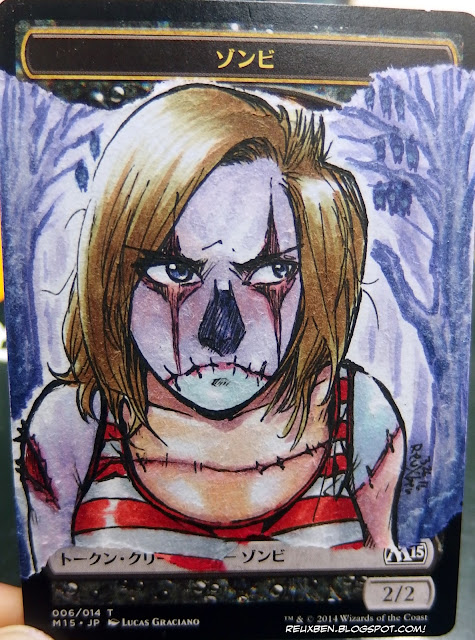 And our final of the joomby we colored in-store. How about that.

Slightly worried it'd have too much of a circus or calavera vibe, but I'd say we landed all right.

It was particularly fun digging in on this background, using the XP from the other Copic-based bg I did. 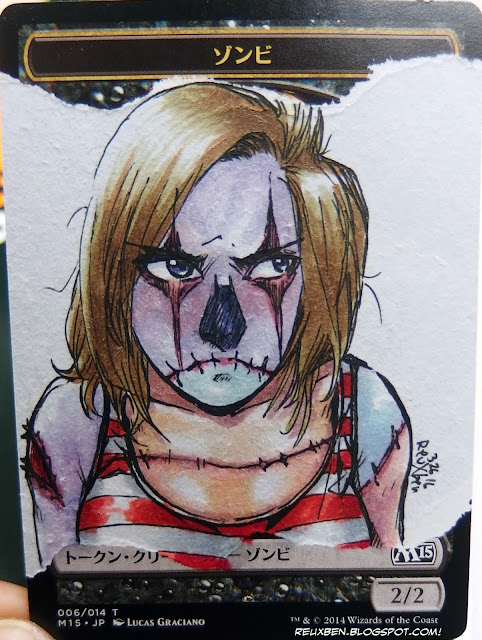 Fairly foolhardy, but I packed all my Copics into my backpack for the SOI prerelease weekend so I could color during down time. Ever since I've been able to read cards in Japanese, it's become less crucial for me to hardcore-memorize the set before the weekend, since I can just read the set over a couple times and then look over cards on the spot to refresh my memory.

Well, I got to the midnight prerelease too late for the FNM beforehand, so I had a couple hours to kill before the Midnight, so I got to work on coolering this joomby, coolored live at the midnight shoop. 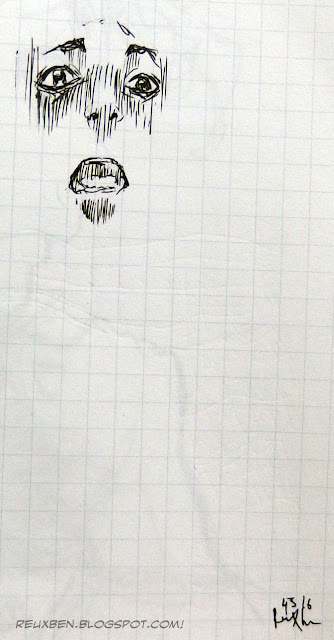 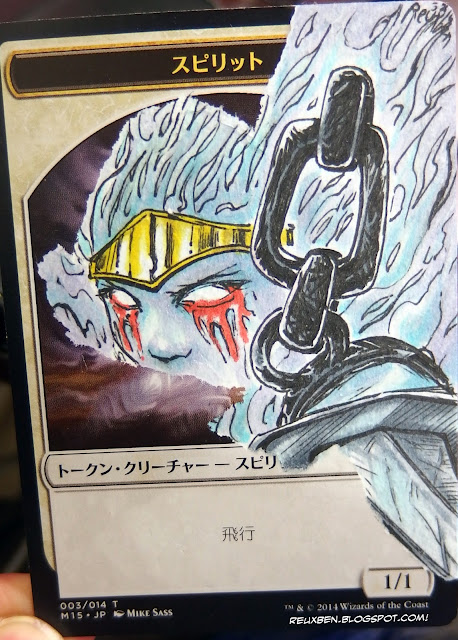 And our second spirit finished from our SOI prerelease prep.

One of my opponents was way into this one.