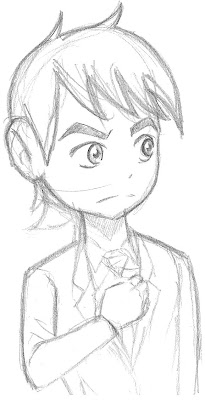 2010 has been rough for various reasons, but I'd still call it the year of reinvention, at least as far as music is concerned.

My Chemical Romance, Hellogoodbye, and Linkin Park each released albums this year that were, in increasing magnitude, vast departures from their previous albums. I was even ready to write off the latter two bands completely, but they both really surprised me, particularly Hellogoodbye, and in such a pleasant way, too. 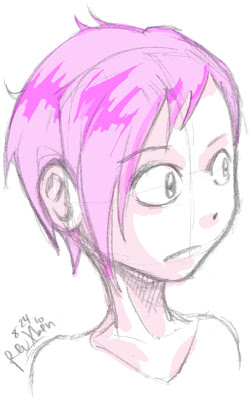 A new age in pink. 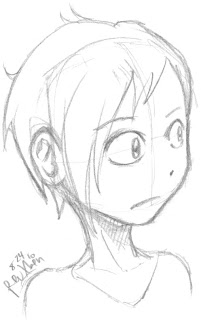 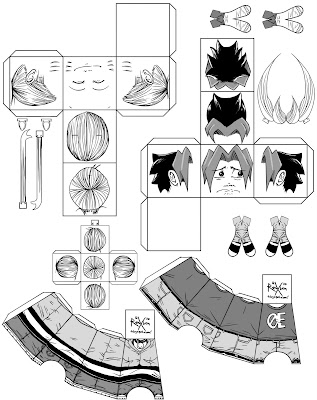 The trick to Christmas when poverty's afoot is giving and getting free stuff (like Twitter accounts, for instance). Since money's non-existent this year, I dusted off the old N64 and GBA and it was like getting new systems for Christmas complete with a ton of guaranteed-great games. And because I can barely remember the games' details, replaying them feels surprisingly fresh. A winning strategy! 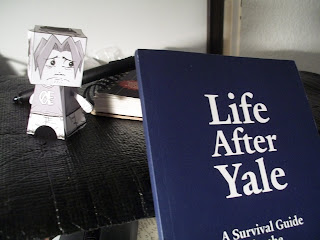 But video games kill productivity, so I have to tune them out now...

Speaking of re-enjoying old things, this is me revisiting my old PuppetPals. So yeah. 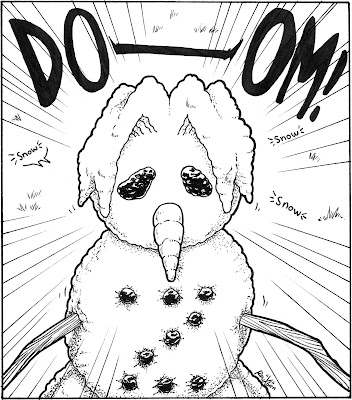 Long story short, I redrew a panel from this comic for someone as a gift, and thought it might be a fitting post today.

Merry Christmas to my ZeroFriends,

Rap snitches,
Tellin' all their bidness,
Take 'em to court,
They be they own star witness.
In the same way I wish I could talk to my past self to assure him that certain stuff works out, I wish I could talk with my future self so that I could know what to do..

...or at least just learn if certain other stuff works out.

Some design practice, supposed to be feel-good, starring the different "reads" Nyao gave for the latest ZLM comic and guest-starring that pixie logo from Suburban Glamour.

Also, I noticed I could make a hilariously depressing Removal version. 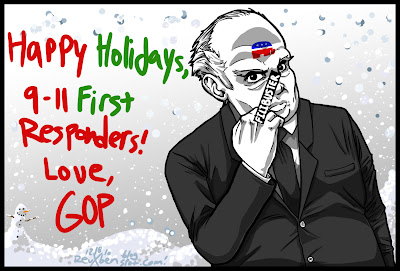 Pick a fight with the Secret Service while the President gives a speech, it's Sick Little Suicide #22, "The Finger," in which I discover I actually do care about politics, but only when it makes me want to cry.

It's like trying to take a stand on an issue when you don't read. 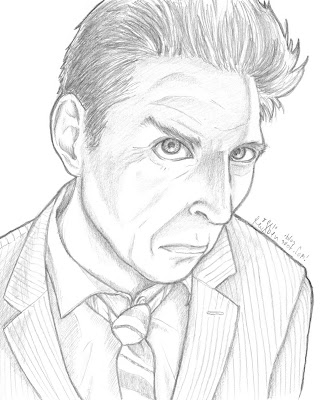 Before Conan got back on the air, Craig Ferguson was simply tops. I love narrative and it feels like his show actually achieves continuity with novel DIY recurring gags and long-standing inside jokes that make it feel like you're following more than a talk show but a continuous character narrative with a talk show portion tacked on for good measure.

I haven't watched much TV since high school, but his is the one show I actually do regularly watch on TV now. He's great as a personality, literally a wild and rambling one man show, and perhaps as a consequence of his candid nature he doesn't get the best guests, unfortunately. Just behind Conan, he's the best talk show host, with Jimmy Fallon a distant third (Colbert and Stewart are kinda their own, wonderful, seperate thing).

Lately he seems to have abandoned his skits, but I hope he returns to more pre-planned hilarity (wish he'd sac Geoff and bring back Sid et al.) because as admirable as skilled improv is, his sketch work is incredible because improv is more properly the garnish rather than the comedic meat. 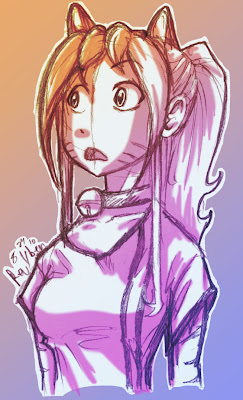 Yes, I posted more of Zero's horrific little life for you to laugh at.

So, uh, Nyao, you wanna hear about my problems? I'd really like to vent right now if possib-- 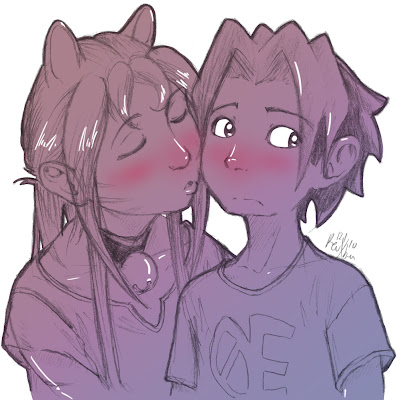 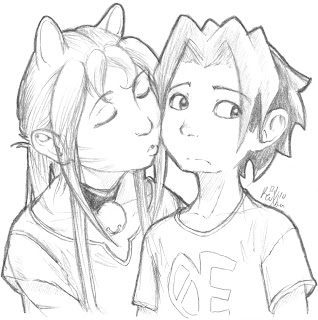 The way those commercials

So you're the new guy from Yale, right?
That's like the Stanford of New York, right?
Yeah, no, that's way cool and everything, I guess.
Oh, wait, duh--Boston, right?

Y-y-you, uh, r-r-remember when Zero Zetsubo graduated? ...That was awesome.

But what could possibly be in store for him after Yale? Is there even such a thing? If only WikiLeaks had all the answers!

Fun Facts: At my first high school, females wearing ties was all the rage. All the rage. Hairdo inspired first by a commercial-lady and then by the insanely funny Earl-lady. Costume tangentially inspired by that SNL digital short with the gigantic-forehead-lady.

Perhaps these practice sessions will bear fruit. Hope so! 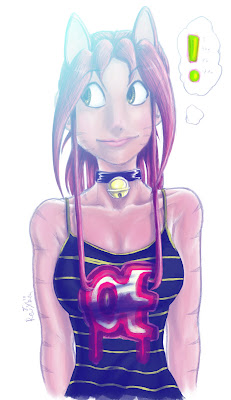 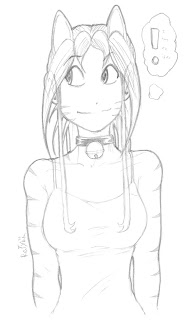 I got carried away and ended up spending the day on coloring, though.

But on the positive side, I believe I learned quite a bit from this one.

I normally paint using just the default brush, but to score some experience points, I used the "soft oil pastel" brush for all brushwork, and I think I leveled up.

Anyway, the latest comic is HERE... 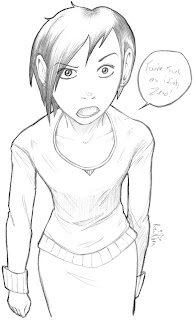 Okay! Fresh comics will begin shipping into their posts Friday! 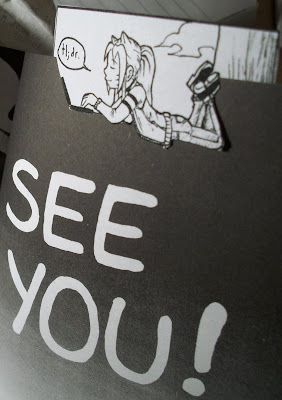 We'll blitz it until we're caught up, plus a special bonus comic that's years in the making (oh ho ho)!

But for now, check out the blast from the past above, one of my favorite ZLMs, and the first comic I did that resonated with a non-undergrad.

See you Friday. Or not.

You know what I mean.